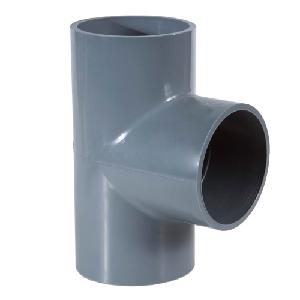 In Egypt, players moan about limited local supply levels for the locally held PVC and PE markets, as per the pricing service of ChemOrbis. In the PVC market, a source from the local producer EPC, who had revised down their prices by EGP300/ton ($49/ton) two weeks ago, had commented on their price cut decision and said, “Our prices are reasonable considering the current market conditions in December but we might issue some increases if import prices continue to move up.” The source had also added that they had no supply issues and that they were running their plant at full capacity.

However, players in the market complain about the limited supplies from EPC. A converter noted, “EPC has limited supplies to provide the market and this situation coupled with increasing import American PVC prices cause local distributors to hold onto their offer levels.” A trader also told ChemOrbis, “Overall PVC demand is not bad but availability is limited.”

Looking at the locally held PVC prices, they moved up by EGP100-350/ton ($16-57/ton) over this past week and the premium they carry over higher import prices after adding $30/ton clearing and handling charges reached $70-95/ton. Distribution market levels are also $25-70/ton above the local producer EPC’s current prices. Meanwhile, similar supply issues are pronounced in the PE market, too. Players cry that there are no HDPE film supplies from the local producer SIDPEC, who had previously informed the market that they are not going to supply HDPE injection until the end of year but reported no issues on HDPE film and blow moulding.

A trader remarked last week, “SIDPEC supplies no HDPE film and we believe that this situation might stem from the fact that they switched their production line to HDPE blow moulding. This situation provides distributors ground to lift up their prices.” Another trader noted, “Overall demand is very weak due to the ongoing political issues inside the country and most converters are running their plants at lower capacities. Yet, limited supplies continue to pull up prices. Some traders, fearing further increases, prefer to hold on to their existing quantities.”

However, a source from SIDPEC denied these market talks and said, “We have had no supply issues for HDPE film since the beginning of last week. This might have been an issue for the previous week because we had delayed our plans for switching our lines to HDPE film from HDPE b/m. However, for now, we run at normal capacity. We also met some key players in the market and they told us that the supply from the Middle Eastern producers is limited and that they find our prices reasonable when compared to the imports, especially after the rise in the dollar.”

Looking at the local market levels, prices gained EGP50-100/ton ($8-16) for HDPE film and they moved up by EGP100/ton ($16/ton) at both ends of the ranges for HDPE blow moulding. Meanwhile, the HDPE inj. market saw EGP100-200/ton ($16-33) increases. Limited supply issues are also valid for the LLDPE film market where prices recorded an EGP250/ton ($41/ton) increase at the high end of the range.

Despite the recent increases, locally held HDPE film prices still carry a small premium of $10-30/ton over imports after adding $30/ton clearing and handling charges on top of the import prices to localize them, as per ChemOrbis. Meanwhile, the local producer SIDPEC’s HDPE film offers stand at the low end of the overall locally held range while their HDPE blow moulding offers are below the distribution range for this product.

Author plasticsinfomart 93
BANGKOK – Oil prices hovered above $81 a barrel Thursday in Asia as traders looked to Germany to approve a measure to strengthen a...
Read More
Market News