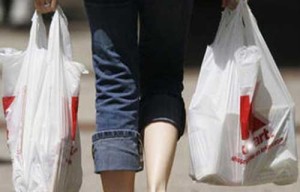 New Delhi: The city government is open to allowing “biodegradable” plastic carry bags in the national capital and may convey this to the Delhi High Court which had stayed a complete ban on their use in 2012.

The Sheila Dikshit-led Congress government had issued a notification in October 2012 banning manufacture, sale, storage, usage, import and transport of all kinds of plastic carry bags.

The notification was challenged in the High Court by plastic manufacturers and the government is awaiting orders of the court so as to be able to implement the notification effectively, a government official said.

The AAP government wants a review of the decision which it said is being exploited to encourage rampant use of polythene bags. The court is slated to hear the matter soon.

“Delhi is a big consumer of plastic carry bags. It is not only choking drains and subsequently the Yamuna but also adversely affecting the functioning of water treatment plants. We are open to all solutions like allowing the use of biodegradable bags if that helps in reinstating the ban,” a senior government official said.

The 2012 notification had expanded the scope of the ban and had done away with distinction between degradable and non-biodegradable plastic carry bags.

The former are built with material which let them degrade in the presence of oxygen and sunlight. Although a few studies in the US and UK have disputed the claim, saying that lack of sunshine and high humidity comes in the way of their molecular breakdown.

“A city-based scientist has informed us that under available technology in India such plastic bags have to be burnt under 100 degrees Celsius for seven straight days for them to degrade. We will consult other experts,” an official said.

Experts say that a ban on plastic bags, which is already in force in neighbouring states like Uttar Pradesh, will also help combat air pollution as garbage lands up in landfills which add to levels of particulate matter as well as noxious fumes when fires are lit there.