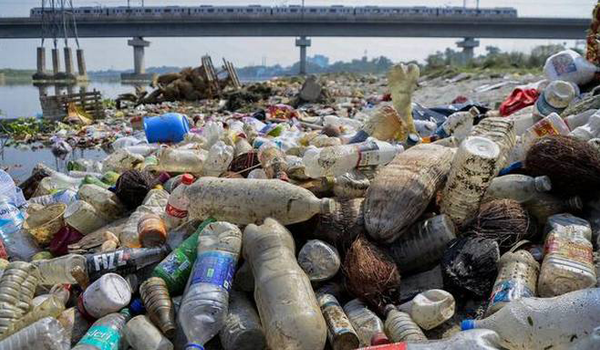 210 BMC staffers ready to levy penalties; exhibition on alternatives from today
Mumbai: Friday is the last day before the plastic ban comes into force. While the Brihanmumbai Municipal Corporation (BMC) claims its readiness for the implementation on Saturday, there is still ambiguity among Mumbaikars about what is banned and what it needs to be substituted with.

The government had, in March, issued a notification banning the manufacturing, sale, use of all single-use plastic bags. Besides, it banned an array of products, including cutlery, single-use containers and straws. The penalties for the violation range between ₹5,000 and ₹25,000. The government had allowed time until June 23 to dispose of banned items.

At a public meeting organised by V Citizens Action Network (VCan) on Thursday, participants raised doubts about the ban. Even some of them had brought samples to clarify. “I use plastic wrap to cover dishes before keeping them in the refrigerator. But I found out that has been banned as well,” Sunita Khemlani, a homemaker, said.

Joseph D’Souza, a resident of Tardeo, said, “We buy meat or fish often from the local market where the vendor gives in a black plastic bag. Since it has been banned, they expect us to carry tiffin boxes for the same, but that may not be possible each time.”

Dr. Arnavaz M. Havewalaa, a dental surgeon, said this is a well-organised initiative, but there are people who have many questions. “The medical process of treating a dental patient necessarily requires the use of disposable plastic glasses; I still need clarification for the same,” he said.

Viren Shah, president, Federation of Retail Traders Welfare Association (FRTWA), said banning plastic is not the solution. “Plastic is indispensable. Instead of banning it altogether, the government should have stricter rules for its segregation and recycling. It should create awareness of it. There should be an efficient chain to ensure plastic is not strewn anywhere and it keeps getting recycled,” Mr. Shah said.

The FRTWA had even made a representation before the State government.

Meanwhile, the BMC’s exhibition on alternatives to plastic will be inaugurated on Friday. The exhibition will have 110 participants of which 50 are self-help groups.

They will showcase cloth, jute and paper bags. Besides, they will have wooden cutlery, alternatives to packaging, and straws for sale. Visitors can buy products on spot or have them ordered for later. The exhibition will be held at NSCI, Worli, from 10 a.m. to 7 p.m. between June 22 and 24.

The BMC has trained 210 staffers for levying penalties and their list is available on its website along with a list of collection centres where people can dispose of plastic. It has also started a dedicated helpline for door-to-door collection.