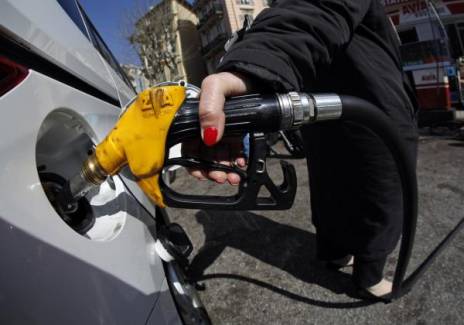 Crude oil prices on NYMEX have posted consecutive losses since the first day of May after having traded mostly in the range of $101-105/barrel during April, as per the pricing service of ChemOrbis. Futures contracts for June delivery have broken below the critical $100/bbl threshold recently, plummeting to the lowest level seen since early February.

NYMEX settled at around $106/bbl on May 1, gaining support from a rise in equities and bullish economic data. Since then, prices have started to lose ground rapidly. The government data that showed US crude stocks were at their highest level in more than 21 years triggered the daily losses, which were also bolstered by bearish economic news, as per ChemOrbis. Crude oil futures first broke the $100/bbl threshold last Friday, closing the day at around $98/bbl.

The market has extended the losses this week as June futures moved down to a level as low as $95/bbl on Monday before settling at $97.94/bbl. This was marked as the lowest close since February 6 while crude for June delivery fell by more than $1/bbl to $96/bbl in electronic trading on Tuesday on NYMEX. This indicated a decrease of more than $10/bbl before the first 10 days of May are over, as per ChemOrbis.

The result of the recent elections held in France and Greece ramped up anxiety among investors, according to market sources. Growth concerns are also weighing across Europe while news that Spain and the UK slipped into recession for Q1 has already depressed the sentiment. Accordingly, investors are concerned that these developments will cut into demand for commodities such as oil. The strength of the US dollar against other currencies has also cut the appetite of investors to trade in crude oil.

In the meantime, according to Bloomberg, Saudi Arabia’s oil minister Ali al-Naimi said, “Saudi Arabia is storing as much as 80 million barrels of crude to boost supplies amid international prices that are still a little bit high.” The news agency partly attributed the latest losses to this explanation.

Supermarkets in China continue to use banned plastics