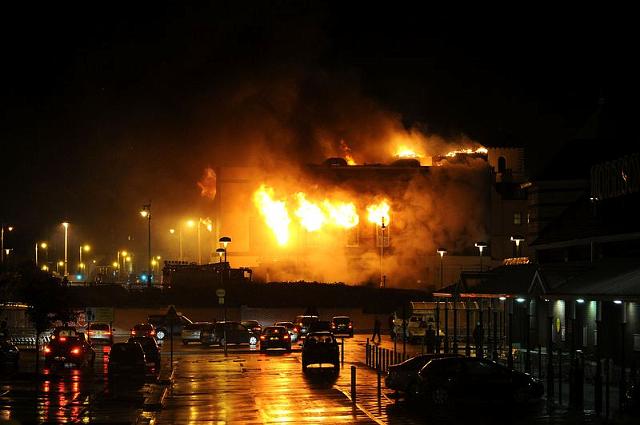 SANTIAGO. – Around midnight tonight was finally controlled the huge fire reported Tuesday in the factory located in Huechuraba Wenco, north of Santiago, after more than five hours of work undertaken by more than 900 volunteer firefighters.

This was confirmed by the regional governor of the Metropolitan Region, Cecilia Perez, who coordinated overnight evacuation activities of 88 families of two villas located near the site of the accident.

He added that it has been definitely ruled out the existence of toxicological threat to the capital’s population due to the incident, which affected the industry warehouses that stored trays for packing, according to early records.

“The health authority has verified that no toxicological threat on the inhabitants of the commune,” said Cecilia Perez.

“The information has provided the regional ministerial secretary (SEREMI) Health is that the boom (smoke) no longer exists,” he added.

The balance of the incident showed this morning injured four firefighters.

The fire also caused widespread power outages in the capital when the flames reached two subtransmission electrical circuits, which affected a total of 180 000 households.

Chilectra reported that about 23:30 hours and the supply had recovered more than 99% of the households reached by the interruption. Only maintained electrical supply problems in the area near the factory Wenco.

Author plasticsinfomart 33
Carbon fibre producer The SGL Group is supporting a project to establish a Composite Technology Centre in Singapore. The centre is a joint project...
Read More

parts2clean Expert Forum – the source of knowledge on component cleaning

Author plasticsinfomart 19
Scott Bader, Inc. is exhibiting at Composites 2013, organized by the ACMA, which runs from January 29-31 at the Orange County Convention Center, in...
Read More

BASF and Markor to establish joint venture in Xinjiang, China