A Chinese group has made a bid worth roughly 1 billion to buy the private equity-owned German plastics processing machinery  maker KraussMaffei, according to the latest exclusive report by Reuters. 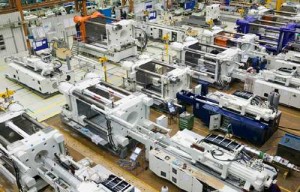 The potential buyer is hoping to clinch a deal before the Chinese New Year in early February with Canada’s Onex Corp, the owner of KraussMaffei, the report says. As said, the deal may still fall apart or that counterbids may surface that may appeal to Onex who declined to comment.

Onex bought KraussMaffei from US investor firm Madison Capital in 2012 in a 568 million deal, prevailing against rival offers from several Asian companies including China-based groups ChemChina and Haitian, and Japan’s Sumitomo.

The offer of the unnamed Chinese group values KraussMaffei at roughly seven times its earnings before interest, taxes, depreciation, and amortization, the source of Reuters said.