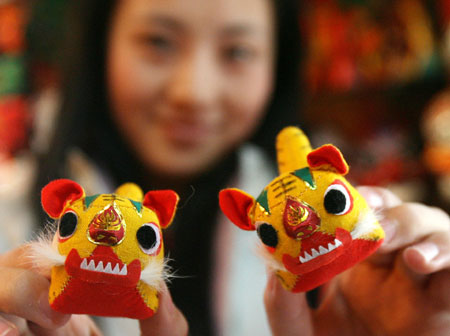 Chinese players report that they are holding generally bullish expectations about the post-holiday period as spot monomer prices have moved higher over the course of the month while energy prices have held firm as per the pricing service of ChemOrbis. On the other hand, players remain divided as to the post-holiday demand outlook. Some players predict that demand will not be strong enough to support higher prices after the holidays while some sellers remain hopeful that demand will start to pick up once the holidays are over.

“Trading activity was limited in the last week before the holidays and we only managed to conclude a few deals for small tonnages,” commented a trader active in China’s PE market.  “Although we believe that prices will move higher after the holidays, we decided not to pre-buy any cargoes this week as we are not sufficiently confident in the post-holiday demand outlook,” the trader added.  A Saudi Arabian producer stated that they concluded some initial February deals this week with decreases on their LLDPE film prices and increases on their HDPE film offers.  “We anticipate seeing higher prices after the holidays but decided to give some initial offers at competitive levels as we believe that demand will see only gradual improvement after the holidays,” stated a producer source.

PP prices are also expected to move higher after the holidays as spot propylene prices have posted large increases since the start of the month while regional availability is said to be limited.  “Limited availability and stronger upstream costs should push prices higher after the holidays,” reported a trader active in the PP market.  Another trader reported, “We received higher February prices from an Indian producer towards the end of this week and South Korean producers are also talking about raising their prices after the holidays.”  “We did not engage in any pre-buying as we are not feeling all that optimistic about the post-holiday demand outlook,” the trader added.

In the PET market, news of large new capacities coming on-line later this year did not prevent prices from recording strong increases in the last few days before the holidays. “We raised our prices in response to higher market levels this week.  Offers at the lower end of the range are becoming increasingly hard to come by and we are holding a bullish outlook for the post-holiday period,” commented a trader offering Chinese PET for export as per the pricing service of ChemOrbis.  “We were surprised to see higher prices in the last week before the holidays and believe that prices will see further hikes after the holidays,” another trader added.  Firmer upstream costs were cited as the main reasons for the rise in PET prices.

February import prices for both American and Asian origins had already been announced with increases in China’s PVC market.  Most sellers are taking a firm stance on their prices in hopes that they will be able to finish their February business quickly once the holidays have ended.  “The market has been very quiet ahead of the holidays and we expect to finish our sales at the start of February,” reported a trader offering American PVC.  “The market was quiet in the last week before the holidays but we are hopeful that buying interest will pick up after the holidays,” reported a source at a Chinese producer. A profile and fitting manufacturer stated, “Demand for our end products was slow this week but we believe that demand will start to pick up after the holidays.”

Players in the country’s PS market also voiced bullish expectations for the post-holiday period.  “Costs are keeping prices firm and will result in further price hikes after the holidays,” commented a distributor.  “We left our prices unchanged for now as trading activity is slow in the last few days ahead of the holidays and we do not believe that any large deals will be concluded this week,” the distributor added.  A source from a domestic B-grade PS producer stated, “We raised our prices this week in accordance with higher styrene and butadiene feedstock prices.  We are holding a bullish outlook for February as most producers will need to seek higher prices after the holidays to maintain acceptable operating margins.”

Shift out of PVC relies on proprietary welding process