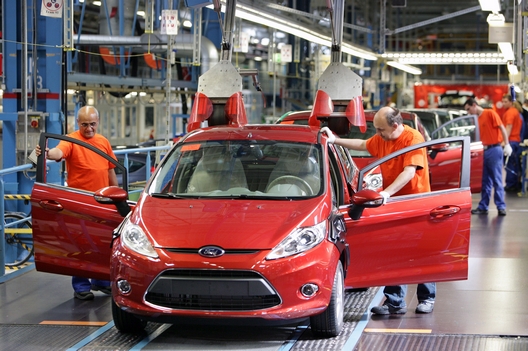 Neil De Koker, CEO of the Original Equipment Suppliers Association, said the entire automotive industry did well in 2011, particularly in the fourth quarter. Most major North American suppliers will be reporting their latest financial results over the next month.

The fourth-quarter rally follows numerous global production challenges caused by the March 11 earthquake in Japan and this fall’s floods in Thailand.

“We’ve recovered from the floods in Thailand in October and November, the Japan crisis in the first quarter is well behind us, and the year ended strong in December,” De Koker said. “I think we’ll be very pleased with the financial performance of the industry, including suppliers, for the year.”

Suppliers with close ties to the Detroit 3 probably fared better in the fourth quarter than those with more exposure to Asian or European manufacturers.

All indications point to suppliers finishing on a strong note, with earnings up 10 to15 percent for the fourth quarter, said analyst David Leiker of Baird Equity Research.

“I think when you look at where the production rates ended up, we would expect most companies to have good fourth-quarter earnings,” Leiker said in an interview.

Goldman Sachs analyst Patrick Archambault said suppliers will do well on the margin side in the fourth quarter because of recovery of Japanese production, lower commodity costs and healthy production schedules.

“You’ve got the absence of some distortions such as the Japan supply chain issues,” Archambault said. “Rebuilding of inventories for some of the Japanese producers in North America is supporting growth.”

He also said the spot cost for commodities dropped significantly in the fourth quarter, particularly for steel, aluminum and copper.

For 2012, Archambault said the profit outlook is pretty good, with current production forecasts calling for a 5 percent increase in North America, a 4 percent decline in Europe and an increase of 8 percent in China.

He said: “Taking it all together, you’ve got 5 percent volume growth globally.”

China’s polymer markets enter the holidays on a firm note

German Quality, Made in China