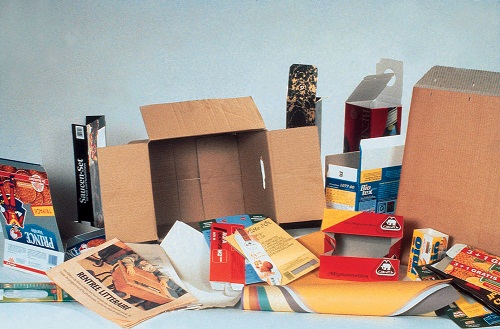 Packaging producers appear to have met their packaging recycling targets for 2011 with ease, according to provisional data published this week by the Environment Agency.

But, they will face a bigger challenge next year when higher packaging targets for 2013-17 confirmed in this week’s Budget start to come into force (see letsrecycle.com story). This will be particularly the case for plastics.

Under the Packaging Regulations, producers must pay towards the cost of recycling waste packaging by purchasing packaging waste recovery notes (PRNs) from reprocessors or exporters of waste packaging. They are set targets each year which they must meet.

Latest data published on the Environment Agency’s National Packaging Waste Database for 2011 shows that 7.3 million tonnes of packaging was sent for recycling or recovery in 2011. This is comfortably within the target for the year of 7 million tonnes, even without taking into account the 300,000 tonnes of packaging recycling evidence carried into 2011 from 2010 (see table below).

There had been fears at the end of 2011 that there might be some pressure in the market for plastics PRNs and glass, but this is not reflected in the figures. In fact, almost 60,000 tonnes of glass PRNs were carried over into 2012, which is significantly higher than the 12,000 carried over the year before. However, the number of paper PRNs carried forward has fallen from 183,000 in 2010 to just 145,000.
‘Encouraging’

Commenting on the figures, Paul Van Danzig, sales and marketing director at packaging producer compliance scheme Wastepack, said: “It is very encouraging to see, that despite the current economic turndown, the UK’s recycling industry continues to comfortably exceed the recycling targets set out in the packaging waste regulations.

“However the ease at which these targets were met highlights the need for more challenging targets as agreed by the government in the Budget earlier this week. Whether some of the targets are too ambitious remains to be seen, but no doubt the recycling industry will work hard to ensure that all future targets will be met.”

Table showing recovery and recycling carried out in 2011

John Mooney, general manager of the compliance scheme Pennine Pack, said the glass figures might indicate the start of another soft year for glass PRN prices, while the fall in paper PRNs being carried forward could be the start of a trend which could be compounded by shortages of containers to the Far East.

But in general Mr Mooney said the situation was positive considering that the number of reprocessors and exporters accredited to issue PRNs had fallen due to the low price of PRNs.

He said: “The situation is quite good considering that reprocessors are dropping out because of low prices. But these numbers fall into insignificance when we look at the new targets for plastics and metals and the split for glass which comes into effect in 2013.”
New targets

The new targets for packaging producers confirmed in this week’s Budget are:

• Increase the plastics recycling target by five per cent per year, from 32 per cent to 57 per cent by 2017; and

The proposed targets will also see glass recycling split into sub-categories to boost the amount of glass that is re-melted rather than used an an aggregate in such things as building materials.

Paper and wood recycling targets will remain unchanged as the UK is currently achieving 81.9% and 75.4%for these materials respectively. The Government is also considering proposals for landfill restrictions for wood to be announced later this year.