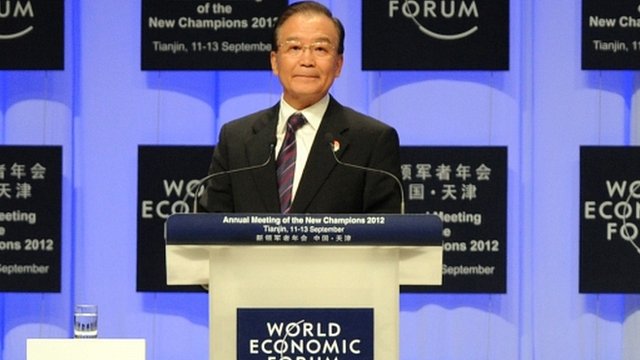 The Chinese government will speed up the export tax rebate process for companies and make sure payments are accurate and timely in order to stabilize growth in foreign trade, according to a statement released after a State Council executive meeting presided over by Premier Wen Jiabao. The government has urged commercial banks to expand trade financing for small and micro-sized firms and increase credit to qualified exporters. Meanwhile, export-related insurance companies have been asked to offer more short-term services to small and medium-sized businesses to help them explore overseas markets, the statement said.

Administrative procedures, such as those concerning inspection and quarantine, will be optimized and related costs will be reduced starting next year in order to improve efficiency during customs clearance, the statement continued. It added that the government will protect the interests of Chinese exporters by properly addressing trade frictions, as well as using trade remedy measures to protect domestic industries.

Besides, the country will expand imports of high-tech equipment, key components and daily necessities in order to balance trade, the statement said. It also said the country will encourage domestic companies to explore emerging markets in Africa, Latin America and Southeast Asia, as well as central and eastern Europe. Border regions are urged to boost economic and trade cooperation with neighboring countries, according to the statement. The measures were announced amid an economic slowdown for the world’s largest exporter and second-largest economy.

Government data showed that the country’s total foreign trade reached US$ 2.5 trillion in the first eight months of 2012, up 6.2 % year on year. However, the growth rate was far below the 10% full-year target designated by the government. Meanwhile, economic growth eased to 7.6% in the second quarter, marking the lowest growth in more than three years. In the first eight months, China’s trade with Russia and Brazil hit us$ 58.41 billion and US$ 57.41 billion, up 14.9 % and 6.3 % from a year ago, respectively.

This compares to a 1.9-% decline in trade with the European Union, China’s largest trading partner, during the period. During that time, the country’s trade with its third-largest partner, the Association of Southeast Asian Nations, grew 7.7 % to US$ 252.87 billion. Analysts predict Chinese exporters will get more overseas orders in the coming months as the Christmas and the New Year holidays traditionally boost consumption and shore up demand.