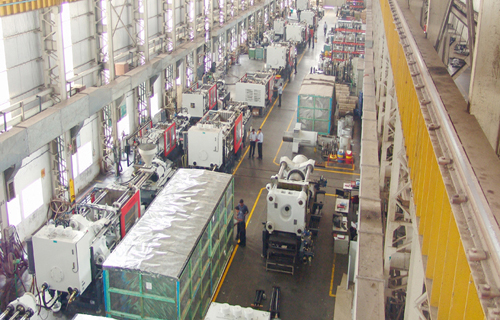 In September 2008, the U.S. was the epicenter of a global financial earthquake that shook developed markets to their core, while many emerging economies went about their business with nary an aftershock. Almost exactly seven years after the collapse of Lehman Brothers triggered that economic upheaval, it is the developed economies that watch on as the so-called BRIC (Brazil, Russia, India and China) markets brace for “the big one”. Could their potential financial disaster reverberate back to our shores?

Earlier this month, SPI’s Committee on Equipment Statistics (CES) reinforced the North American plastics industry’s emergence from the Great Recession’s financial collapse, reporting 22 straight quarters of growth going back to 2010. Lehman went belly up on Sept. 15, 2008, but the breadth and depth of the impact on U.S. plastics equipment wasn’t felt fully until a year later, in the third quarter of 2009, when the value of primary plastics equipment shipments fell below $80 million (for some perspective in the most recent data, for the second quarter, that number was $303.5 million).

Bill Wood, economic analyst and founder of Mountaintop Economics & Research, which interprets the CES data for SPI, told Plastics Technology that overall plastics has fared well since the collapse, due in part to the fact that it had been on a decline prior to Lehman, owing to competition from China that it is increasingly capable of beating back.

“Plastics is moving along at roughly the same speed of growth,” Wood said. “It’s a little bit better compared to some, slower than others, but all in all it is growing at a moderate pace. If there was a wide divergence, you have to remember, China really decimated our industry. Plastics got hit harder than most by offshoring, and over the past two to three years, plastics been doing better than other sectors.”

The BRIC View From Europe

On Sept. 10, the European Association of Plastics and Rubber Machinery Manufacturers (EUROMAP) released full-year 2014 figures showing that the output of its members grew 1.9% over 2013 to 13.0 billion euro. Exports from EUROMAP countries were also up last year, rising 1.6% to 9.7 billion euro.

At that meeting, much of the discussion centered around the BRIC countries, with EUROMAP President Luciano Anceschi noting: “The performance of those markets did not meet our manufacturers’ expectations.” Anceschi then detailed a “slump” in Brazilian demand with an even sharper drop in Russia. The EUROMAP president characterized China as “uneven” and in need of being “closely monitored.” Only the “I” in BRIC, India, warranted optimism after what EUROMAP described as a couple years of declining exports.

Globally, EUROMAP stated that output of plastics and rubber machinery reached 32.5 billion euro in 2014 with its members accounting for 40% of that total. In terms of exports, EUROMAP countries have maintained a market share of around 50% over the past five years, “despite China’s share rising sharply,” according to EUROMAP Vice President Helmut Heinson.

Of late, there have been some cautionary reports for the U.S. market as well, including figures for the July U.S. manufacturing technology orders from the Association For Manufacturing Technology (AMT). Participating companies reported that July orders for metal cutting and metal forming machines were down 11.8% compared to June ($358.11 million vs. $361.03 million). Year-to-date totals were off 8.7% compared to 2014. In a statement, AMT President Douglas K. Woods said:

“The mood among manufacturers right now is best described as ‘caution cubed’ – concerns around disruption in China, a drop in some key economic indicators like PMI and housing starts, and softening in large customer industries, including agriculture and energy.”

The disruption in China includes a manufacturing index that has fallen or stayed flat in eight of the last 12 months (declining in six of those). In plastics and rubber machinery, however, EUROMAP reported growth for itself (12.8 to 13.0 billion euro), China (9.3 to 10.9 billion euro) and the world in 2014 over 2013.

Seismographs the world over are registering tremors, if and where “the big one” hits, remains to be seen.