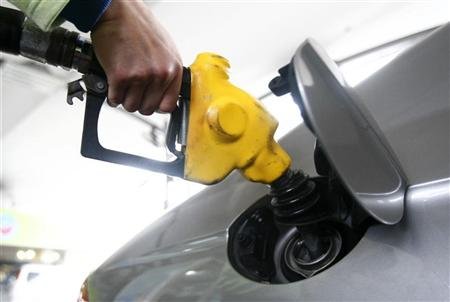 SINGAPORE (Reuters) – Brent crude was steady above $110 per barrel on Monday as investors worried the United States may not reach a deal by January 1 to prevent a fiscal crisis that could erode fuel demand at the world’s largest oil consumer.

Democrats and Republicans remained at loggerheads on Sunday over a deal that would prevent the United States from tumbling over a “fiscal cliff” of sharp spending cuts and higher taxes for all Americans. While analysts are optimistic there will be a breakthrough in the talks, the lack of a deal with the deadline just hours away kept a ceiling on prices of riskier assets.

Brent crude edged down 7 cents to $110.55 a barrel by 0457 GMT after hitting a low of $110.08 earlier in the session. U.S. crude inched up 2 cents at $90.82. Brent is headed for a fourth straight yearly gain and set to log a record high annual average settlement price, while U.S. crude was on track for a drop this year after three consecutive annual gains. “The negative consequences of the fiscal cliff appear to be too large to ignore, and overtures from both political parties have been increasing,” Jason Schenker, president of U.S. consultancy Prestige Economics, said in a note to clients.

“Significant market moves are likely when the deal gets done — or if no deal is done before the year end…. In any case, neither outcome is fully priced in.” Jonathan Barratt, chief executive officer at Barratt’s Bulletin, a Sydney-based research firm, said investors’ optimism for a deal has kept Brent trading at the top of a price range of between $100 and $110 a barrel. The next hurdle for the U.S. government would be to raise its debt ceiling in the next few weeks to avert a default that may lead to another credit downgrade and cause panic in the financial markets.

In China, the world’s second-largest economy and crude oil consumer, factory activity expanded at its fastest rate in December since May 2011, reinforcing signs of a steady recovery.

HIGHEST AVERAGE BRENT PRICE EVER
Front-month Brent is set to log a record high average settlement price of more than $111 a barrel this year. Supply worries stemming from Middle East tensions and disruptions in the North Sea have helped oil prices shrug off headwinds from the global economic slowdown that has cut oil demand. Brent hit a high of $128.40 a barrel in March and slipped to a low of $88.49 in June.

Slow economic growth and ample supplies are expected to keep a lid on prices next year, with crude prices gradually slipping lower. Brent crude will average at $108 a barrel in 2013, a Reuters monthly survey of 26 analysts showed. The United States is pumping the most oil in 19 years after shale oil discovery pushed production to nearly 7 million barrels per day while its crude imports slipped to the lowest in 12 years, government data showed.

The world’s top oil exporter Saudi Arabia expects production hikes by other oil producers to weigh on energy prices in 2013, potentially cutting into its fiscal surplus. But geopolitical tensions in the Middle East are expected to underpin oil prices. On Friday, Iran started six days of naval drills in the Strait of Hormuz, a vital oil and gas shipping route, the official IRNA news agency reported. Iran has previously threatened to disrupt or close the waterway if its nuclear sites are subjected to military attack by Israel or the United States.

2012 review: LLDPE and HDPE film trade above LDPE in SEA and China

Author plasticsinfomart 113
Oil fell to a two-week low in New York on concern the earthquake in Japan will limit demand in the world’s third-largest economy. Prices...
Read More

SAVE FOOD – Figure of the Month