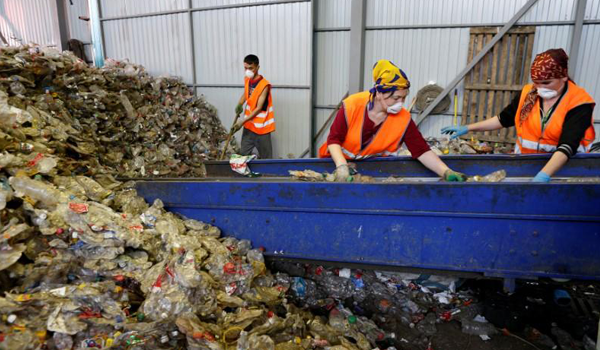 * Plans to invest more over time in recycling – Stern

An estimated eight million tonnes of plastic waste ends up in the oceans every year in a mounting threat to marine life, according to the United Nations. Companies from Coca-Cola to Volvo Cars are planning ways to limit use of plastics.

Consumer unease about the environmental cost of plastic waste has become a hot political topic. Governments are working to outlaw single-use items such as drinking straws and retailers are rushing to make their packaging more sustainable.

Borealis has previously described plastic waste as “the Achilles heel of the plastics industry.”

The company, which makes plastic products ranging from food packaging to pipes and light-weight car parts, plans new investments to raise the share of recycled plastic in its goods.

“We have a long-term vision that we want to make plastic waste a raw material,” Alfred Stern said in a telephone interview on Wednesday.

Borealis, which has 6,500 employees and 7.5 billion euros ($8.71 billion) in sales last year, would aim for recycled products that are “completely waste-based, just like we use other feedstocks today,” he said.

“That will result in further investments over time,” he said, declining to give any timetable or estimated numbers. Abu Dhabi’s sovereign wealth fund owns 64 percent of the company, with the rest held by Austria-based OMV.

Stern, now head of Borealis’ polyolefin business and innovation, will take over from Mark Garrett as CEO on July 2.

He said Borealis was working with Volvo, which said last week that at least 25 percent of the plastics used in new car models from 2025 would be from recycled materials, up from about five percent now.

And Borealis also said earlier this month that it would invest 15 million euros ($17.50 million) to raise annual recycling capacity at its German unit mtm plastics GmbH, acquired two years ago, to 80,000 tonnes from 60,000.

Stern said recycling did not make economic sense in many markets. China has banned imports of some low-grade plastic waste for recycling from this year, upending markets in Europe in North America which lack recycling capacity.

“The end goal needs to be commercial, economic viability,” he said.

Borealis is also working on a 4 million euro initiative announced in 2017 to combat plastic pollution of the oceans and improve waste management in South-East Asia, with a pilot project in the Indonesian fishing port of Muncar.

Martin Stuchtey, a founder of SYSTEMIQ which works with Borealis in the anti-plastic project STOP, said Muncar would be a test case of ways to limit waste, collect and recycle plastics in a possible guide for governments. ($1 = 0.8573 euros) (Reporting by Alister Doyle Editing by Alexandra Hudson)