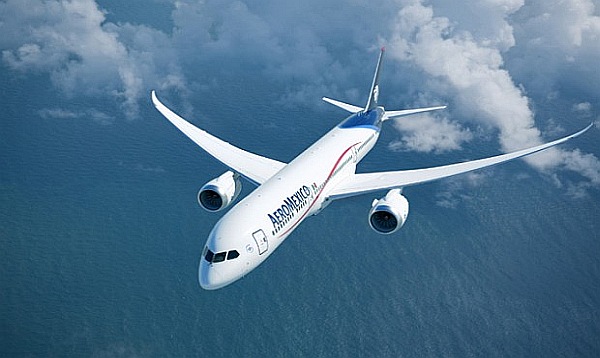 It seems that a lot of people have their underwear in a bundle over the report that Boeing is “actively encouraging” its suppliers to outsource work to Mexico. According to an Oct. 25 report in The Seattle Times, Patrick McKenna, director of Supply Chain Strategy and Supplier Management at Boeing Commercial Airplanes, has urged suppliers to attend a Nov. 15 workshop in Chicago to learn how to do business in Mexico.

The Seattle Times quotes from a letter McKenna wrote dated Oct. 17, “Several of our suppliers have successfully set up factories in Mexico because of the numerous advantages that Mexico offers to aerospace suppliers. Boeing will be sending several people to this event, and we wanted to inform our supply base of this opportunity.” There’s been some buzz about this around the internet blogs, mostly negative responses to Boeing inviting suppliers to an event that will teach them how to outsource work to Mexico. Yes, large OEMs have been outsourcing to Mexico for several decades—long before they started outsourcing to China.

Mexico’s aerospace industry is growing by leaps and bounds. Bombardier Aerospace, which established a large presence in an industrial area in Queretaro several years ago, has attracted many of its suppliers there. Recently the company announced a plant expansion to produce the rear fuselage of the company’s Global 7000 and Global 8000. According to MexicoNow, (www.mexico-now.com) a business/industry trade magazine that tracks manufacturing in Mexico, Bombardier will spend US$550 million on the expansion.  Other aerospace companies that have announced plans for Mexico facilities include Embraer, which will establish its first plant in a joint venture with the French Group Zodiac Aerospace, an aircraft interiors manufacturer.

Zodiac, whose headquarters and primary manufacturing plant is in Gainesville, TX, expanded their operations in the State of Chihuahua by adding an 80,000-sf manufacturing facility, where they will generate 1,500 new jobs to accommodate the JV with Embraer, said MexicoNow.  Chihuahua is also the site for Fokker Aerostructures’ new facility where the company will manufacture wings for corporate jets. The 71,687-sf plant will produce wings and tail sections for the Gulfstream G550, Gulfstream G650 and Dassault SMS jets. And Rolls-Royce will open a new supply chain office in the Sonora Aerospace cluster in Guaymas, Sonora, Mexico.

United Technologies Corp. recently completed the acquisition of Goodrich Corp. and combined those operations with Hamilton Sundstrand to create UTC Aerospace Systems in Mexicali. UTC has operated in Mexicali since 2008, and makes the final assembly of air brakes for the Boeing 787 Dreamliner as well as electric wiring harnesses. That’s just a few of the big names in aerospace that are operating in Mexico.

While this might have some people seeing red, I doubt that many could argue that there are benefits to “near-shoring” to our neighbor to the south. Remember the brouhaha over Boeing opening a new assembly plant in South Carolina that would employ upwards of 1,000 people. You’d think that would make the “Make it in the USA” crowd happy, but it seems that Boeings unions were anything but. They filed a 10-page complaint with the NLRB against Boeing alleging the company’s decision to locate its second assembly plant in South Carolina was nothing more than illegal retaliation against employees belonging to the International Association of Machinists & Aerospace Workers for previous strikes.

Ultimately, the NLRB dropped the controversial case against Boeing in December of last year with no jobs being lost in Washington, and South Carolina gaining a major industry that provides good jobs. American Industries Group, a firm that provides assistance to companies wanting to put manufacturing in Mexico, is holding the event. Featured speakers include Mark Withrow, vp and general manager of Weber Aircraft a division of Zodiac Aerospace and maker of seats for the 787 Dreamliner and other Boeing aircraft.

Additionally, if you put the right type of manufacturing processes in Mexico—particularly the labor-intensive assembly work—the money that is saved allows companies to invest in other types of manufacturing and engineering processes that require a higher skill level. Serving large OEMs with plants in both the U.S. and Mexico can often mean a greater volume of business for suppliers as well.

With the size of the aerospace industry in Mexico reaching nearly 300 manufacturing plants with 37,000 employees, the opportunities for companies that serve the aircraft industry would appear to be really good. Perhaps those who are in an uproar over Boeing’s invitation to its suppliers to learn how to do business in Mexico should look at this as an opportunity for greater growth for companies in the U.S. It could very well result in winners on both sides of the border!

Global Plastic Packaging Materials and Products Market to Reach US$262.6 Billion by 2015…

Songwon assigned credit rating is upgraded to BBB+ based on solid business results, growth and stability