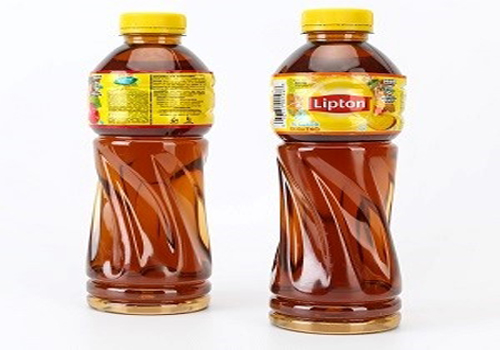 Amcor Rigid Plastics struck gold in the beverage/non-alcoholic category in the AmeriStar Package Awards Competition sponsored by the Institute of Packaging Professionals (IoPP).

It was initially launched in El Salvador and has since been introduced in Mexico and other Central American regions.

The 500ml package weighs only 22g, 30% lighter than a standard heat-set PET container that weighs about 34g. It utilizes a 33mm finish that features a 50% reduction in material over a traditional 38mm finish.

As a result, greenhouse gas emissions are cut by 26%, energy use is reduced by 23%, and water consumption is decreased by 24%. The new container also results in a 26% reduction in the amount of waste that could potentially end up in a landfill, according to Amcor.

Moreover, the sleek leaf body panels aid in the vacuum while providing visual movement and a comfortable gripping surface for the consumer.

The PepsiCo-Lipton container is an extension of Amcor’s ultra-lightweight technology which was previously employed in a new sports beverage package in Latin America.

“We are delighted to be recognized with an AmeriStar Award for our longstanding commitment to innovation,” commented Carlos Londono, Design Manager for Amcor Rigid Plastics. “We’re thrilled that we have developed a game-changing package that is highly functional, provides long-term production savings, and delivers major sustainability benefits.”

“The structure of the bottle had to be designed to provide both function and aesthetics when absorbing the vacuum,” explained Jeff Klok, Senior Industrial Designer for Amcor Rigid Plastics. “Pushing the boundaries of conventional weights, we found that the light weight of the package was ultimately the biggest challenge.”

From a design aspect, Amcor’s industrial designers focused on creating a package that evoked a subtle feminine cue with movement. Grip panels were inspired by the North American Pandora package that abstractly simulates the curvature of a tea leaf and lifts the consumer’s eyes toward the label.

Along with the ultra-lightweight container, Amcor and Bericap, in cooperation with PepsiCo, developed the industry’s lightest 33mm tamper-evident finish/closure for hot fill, weighing in at just 3.7g, which is 7.9g lighter than standard ALCOA.

Made of high density polyethylene (HDPE), this new finish led to the creation of a Bericap closure with a built-in seal that eliminates rubber liners or induction seal foils.