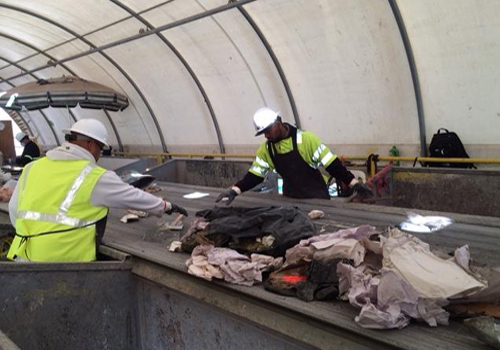 ROME (Scrap Monster): Landfilling of ‘one of the youngest waste streams’ – plastics – decreased by 26% in Europe between 2006 and 2012, according to German lawyer Dr Martin Engelmann. ‘This is now at 9.6 million tonnes compared to 12.9 million tonnes,’ he told delegates at last week’s IdentiPlast conference in Rome.

Seven EU member states currently achieve landfilling rates of less than 10%. ‘Interestingly, all of these countries have enacted a landfill ban,’ said Engelmann, who is the director of EU governmental affairs at manufacturers’ organisation PlasticsEurope.

This was proof, he suggested, of the need for hard legal action to pave the way towards greater plastics sustainability. ‘And yet 38% of plastics is going to landfill – in part because eight nations still landfill more than 66%,’ Engelmann added.

He argued that a ‘Zero Waste’ philosophy could save material 60 million tonnes of plastics by 2025 – with a total volume 70 times that of the Colosseum. ‘It is clearly worth making this vision a reality,’ Engelmann stated.

The view of plastics as a strategic asset was supported by Norwegian company Scandinavian Business Seating, this year’s winner of the annual EPRO Award for the Best Recycled Plastics Product. Its HÅG Capisco chair includes 50% recycled materials. ‘All plastic parts are marked so as to enable optimal sorting and easy dismantling,’ delegates were told. ‘In fact, it is possible to take the chair apart in under five minutes.’