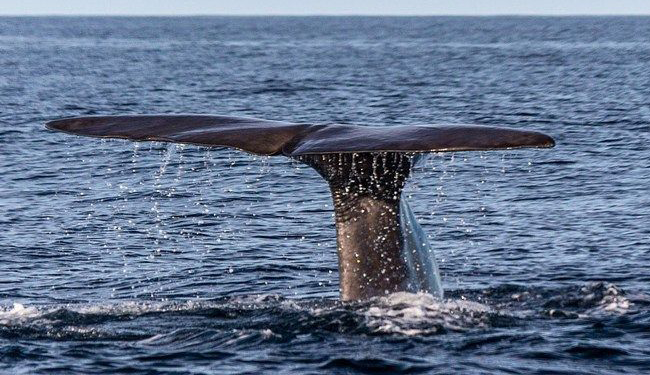 A young sperm whale that washed ashore on the southeast coast of Spain in February most likely died after being unable to digest more than 60 pounds of plastic trash, fish netting and garbage bags in its stomach and intestines, scientists said this month.

The 33-foot-long whale was swept onto a rocky beach in Cape Palos, a port city on the Mediterranean Sea, on Feb. 27. It was not yet fully grown but weighed just 13,000 pounds, an unusually scrawny size for a whale that can reach 120,000 pounds as an adult.

When scientists performed a necropsy, the reason became clear: The whale had 64 pounds of trash — plastic bags, ropes, netting and even a plastic drum — clogging its intestines and stomach. It could not process the garbage or pass it through its digestive system, causing severe inflammation as it withered away, officials in the region of Murcia said.

“The presence of plastics in the seas and oceans is one of the greatest threats to the conservation of wildlife throughout the world,” Consuelo Rosauro Meseguer, the region’s environmental director, said in a statement.