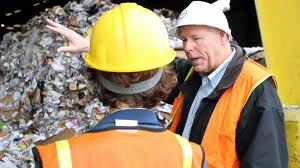 UTICA : Holland Patent High School student Ben Greco enjoys making films — but he didn’t know it would be so lucrative.

The 15-year-old 10th-grader has won first place in his division in the Oneida-Herkimer Solid Waste Authority’s Trash Can Film Festival twice in the past two years — once as a eighth-grader and once again as at ninth-grader. “It’s really fun, and it’s really rewarding to see the finished product,” Greco said about making films.

He’s hoping to make that three in a row. The contest is open to any student in Oneida and Herkimer counties who is in kindergarten through 12th grade. Films can be submitted by individual students, classrooms or school clubs.

The films can be 30, 60 or 90 seconds and must be submitted by Thursday, Dec. 20. The films will be divided into three categories, kindergarten through sixth grade, seventh through ninth grade and 10th through 12th grade. Three winners will be chosen from each category.

“I really wanted to make something that a lot of people would see,” he said. Greco said he normally makes videos he can post to YouTube. The festival takes place each year in an effort to promote and educate area young people and communities on reducing, reusing and recycling.

This is the third time in the past two years the Solid Waste Authority has had the contest, said Jamie Tuttle, authority school recycling coordinator. “It’s a fun way for kids to actually take what I try to teach them about recycling and get it back out into he community,” Tuttle said. “It helps them show off what they’re doing at school or how they go green at home.”

It in turn then helps educate the community, she said. “They can use computer graphics and animations to make their video, or act out skits,” Tuttle said. “We just really encourage them to get as creative as they want.” Greco’s film last year focused on the proper disposal of household hazardous wastes such as cleaning supplies, pesticides, fertilizers and paint thinner.