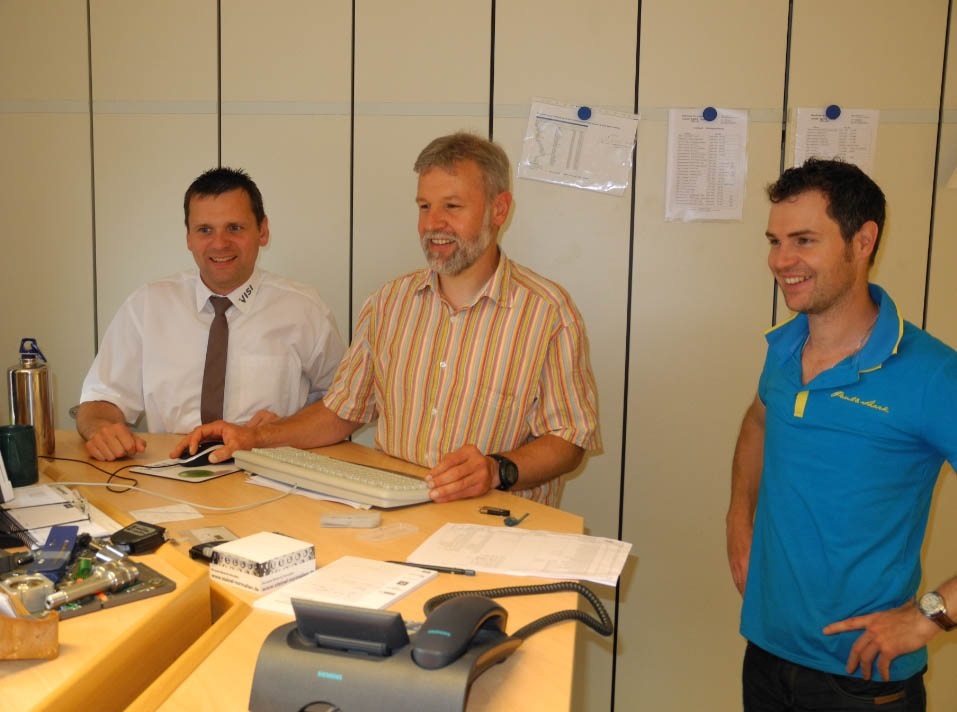 The component had to be lighter, and its production, including the downstream assembly work, automated as far as possible to reduce the unit costs. A major requirement was to improve comfort and increase safety, which was achieved by a removable visor fitted inside the helmet. The mould for the component was designed and manufactured by Maschinen- & Formenbau Leinetal MFL GmbH, based in Neuistadt am Rübenberge, Germany.

Head of Design Thomas Prause designed the tool in VISI, in close collaboration with the customer over three months, and following prototype production, a great deal of expert knowledge has led to many further improvements being incorporated.

Until recently it was manufactured as a one-piece plastic part, but today it comprises four components with a high level of precision and dimensional stability. Even the assembly process of the injection moulded parts involves innovation, as it is now completed automatically using ultrasound waves, which significantly increases its strength. This technique joins the thermoplastic parts through the use of heat. The welding tool, called a horn, touches the plastic part under pressure. When ultrasound is applied, the energy travels through the part to the joint, heating the plastic until it melts and flows between the surfaces of both parts. Pressure is maintained on the parts until the molten material solidifies, welding the two parts together.

Managing Director Mario Kioscha says VISI is now the only software they use to design and manufacture moulds. “It’s normally difficult to implement a new system, as day-to-day business has to continue at the same time. But that worked well with VISI, because the abstract procedures required for a parametric installation weren’t needed.”

With the helmet design, MFL’s customer uses a different system, but Thomas Prause says they were impressed with VISI’s speed and capabilities. And he says the difference is also evident internally at MFL. “Each process is recorded, a recalculation carried out and the data used to make a direct comparison between our former system and VISI. The time required to complete a project has been cut by a third.

“The time saving is most apparent when changes have to be made. It’s almost twice as fast as a fully parametric system. With VISI it’s easy for items to be dissected and re-combined without error or concern for the stability of the tree hierarchy.”

MFL recognised that their previous system was not up to designers’ changing requirements. “It wasn’t possible to use a fully parametric system – we needed a system in which parametrics could be left to one side relatively easily without compromising quality.” They saw a demonstration of VISI at a machine manufacturer’s technology open day and arranged for VISI’s German reseller, MECADAT, to install a six-week trial and undertake training.

Following the decision to adopt VISI, the number of workstations has grown to five, and Thomas Prause says additional VISI modules have been added. “The old wire eroding system has been replaced with VISI PEPS Wire, the CAM software is gradually being replaced, and we recently installed a 5-axis mill which is driven by VISI Machining 5-Axis.”

Mario Kioscha says: “When a customer approaches us we check the product from the perspective of its plastic technology at an early stage so that any problems that may occur can be addressed in advance. VISI has become indispensible to this process.

“We aim to supply a prototype tool to our customers very quickly, and VISI plays a major part in this. Converting to VISI paid off quickly. Six staff were trained on it; times improved after just three months, and after six months we saw a significant financial benefit.”

While VISI’s already impressive speed is now running even faster due to the recent 64-bit upgrade, he says it is also extremely flexible.

“Customers have a wide variety of set-ups; sometimes they send data from other CAD systems or have specific layer requirements; some want 2D data; while for others, drawings that meet specific standards are important. MFL’s designers have to meet all these requirements in an efficient way, and in tool construction it’s essential to be able to make changes quickly. VISI was made for tool construction and there’s nothing better on the market.”