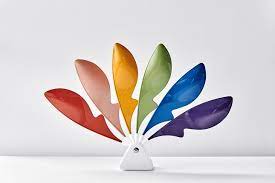 US demand for recycled plastic bottles has risen steadily in recent years to meet ambitious company and state government goals.

However, recycling rates have held flat for the past decade, and even fell by a percentage point in 2019, according to the latest data released by the National Association for PET Container Resources (NAPCOR).

According to NAPCOR’s annual recycling report, PET bottles were recycled in the US at a rate of 27.9% in 2019, down slightly from 28.9% in 2018. This means that out of the 6.4 billion pounds of PET resin used in US bottles and available for recycling in 2019, only 1.77 billion pounds were collected. Plastic bottles are made with polyethylene terephthalate (PET), a highly recyclable plastic resin.

In response to ever-increasing consumer and investor scrutiny over the environmental impacts of plastic packaging, several companies and brand houses have announced commitments to incorporate minimum percentages, commonly 25%, of post-consumer recycled plastic, or PCR, in their packaging by 2025.

Some large beverage companies have even more ambitious PCR goals. For example, Nestle Waters has pledged to use 50% recycled PET across their domestic portfolio by 2025, while Coca-Cola has aimed to use at least 50% recycled material by 2030.

But according to a 2019 report by the Recycling Partnership, there is an annual gap of more than one billion pounds between current US supply and projected 2025 demand for R-PET for use in bottles.

“I think it’s fair to say that we’ve not made progress in a decade in actually increasing the recycling rate,” said NAPCOR Executive Director Darrel Collier. “Though we certainly have not lost during that period.”

The total 2019 recycling rate for North America was higher at 35%, NAPCOR figures show.

Although the US recycling rate appears stagnant, it’s important to note that since the implementation of China’s National Sword policy in 2018, which essentially banned all scrap plastic imports into China, more material is being processed domestically by reclaimers than ever before.

“We’ve essentially replaced exporting with processing within the US and by US reclaimers,” said Collier. “And to me, that is the most important message.”

In addition, the amount of available PET bottles on shelves has grown significantly in the last decade, particularly in the bottled water sector, prompting stagnation in the recycling rate as collection capacity tries to keep up.

California legislatures passed Assembly Bill 739 in September 2020, becoming the first US state to legally mandate the use of recycled content in packaging. The bill implements a tiered plan requiring all plastic beverage containers under the state’s redemption program to contain a specified amount of PCR, starting with a minimum of 15% by 2022. The mandate would increase to 25% in 2025 and 50% in 2030.

Although the market has anticipated this upcoming surge in demand for the last couple of years, high-quality feedstock supply remains limited. This is because recycling markets do not follow typical supply-demand trends as consumers directly control the supply of recycled material, with commodity values having little to no influence over behavior. Meanwhile, municipalities or local governments control how that supply is collected and how it enters the value chain.

Almost half of US residents find it difficult to recycle due to underdeveloped residential curbside services, lack of recycling equipment, or ignorance of proper recycling methods. Often, residential curbside collection services are governed by city, county or other local governments and funded with taxpayer dollars, leaving those services subject to disruption or cancellation when municipal budgets tighten.

Even the plastic items that are collected might not find their way into new packaging due to high contamination levels, which can occur when non-compatible plastics are mixed or when containers still have high levels of food residue.

“You can say you want 25% all you want, but if you don’t have the raw material, you’re not going to get there,” said Collier.

The NAPCOR report also showed significant changes in end-market demand. Most notably, the bottle sector grew approximately 40% from 2017 to 2019. Now, 35% of all R-PET molecules are going into either food or non-food bottles.

Recycled fiber, used in textile production, remains the dominant end market, absorbing 41% of all R-PET molecules though the category only grew by one percent from 2018 to 2019. Growth in the strapping markets was down by the same amount year-on-year. Polyester strapping is a tape-like material used primarily for bundling products together or for securing loads for transport and storage.

Although demand improvement in the bottle sector is encouraging, these end markets are still competing for the same limited feedstock supply: PET bottles.

“A lot of people say, ‘Well, we can meet some of these minimum content standards in bottles by just taking away from the fiber business,'” Collier said. “I’m telling you that isn’t going to happen.”

In addition, R-PET usage in the PET thermoform and sheet markets fell 16% in the same timeframe, though more thermoforms were collected in 2019 than ever before, with 144 million pounds collected.

PET thermoforms include any rigid, non-bottle packaging such as clamshells (often used in produce packaging), cups, boxes, trays, and lids. These plastic items often pose many mechanical and technical challenges to reclamation and material recovery facilities (MRFs) due to the inclusion of non-recyclable labels, variations in shapes and sizes, lower intrinsic viscosity levels, and look-alike packages that are made of non-PET plastics.

However, market participants say that many of these problems can easily be addressed with standardized packaging designs and proper sorting equipment. NAPCOR and other industry organizations, such as the Association of Plastic Recyclers (APR), have been largely focusing their efforts on developing the technology and guidelines that will allow for more thermoform recycling.

“We collect 144 million pounds out of a 1.4 billion-pound market,” said Collier. “That’s a lot of usable molecules going into landfills and we cannot afford to continue that.”

It is widely recognized that major infrastructure investments across the recycling value chain are needed to capture every PET molecule moving through the recycling system.

“To meet a nationwide 25% content standard, we’d have to collect over 50% of our bottles versus the 30% we have today,” he added. “And an investment of nearly $1 billion is needed on the reclaimer side alone.”

Such investments include hiring more waste collectors, installing advanced sorting and washing technology to be able to process a wider range of potential feedstocks, expanding processing capacities, and redesigning packaging to be more recyclable.

However, there is much debate over where this investment should come from, e.g. federal or state governments, brand owners, or consumers.

For example, in early February, legislators in nine states across the US announced plans of a coordinated effort to push for extended producer responsibility policies in Congress.

Extended producer responsibility (EPR) is a fee-based strategy that places end-of-life responsibilities, such as environmental and recycling costs, onto the producers of plastic packaging.

While product stewardship in some form is widely accepted by the industry, many market participants are hesitant to endorse EPRs as many believe it would divert focus away from more familiar and effective practices.

“My worry is that people are going for an EPR model, when we need to focus on content mandates,” said a West Coast source. “You can’t suddenly introduce a new system or you end up retrogressing.”

One such practice is the implementation of deposit schemes via state bottle bills with the aim of adding monetary value to plastic waste by imposing a refundable deposit, usually 5-10 cents, on PET beverage bottles.

Ten US states plus Guam currently have bottle bills, though legislation to add more, both at a state and federal level, has been proposed by lawmakers in recent years.

In fact, an influx of recycling-centric legislation has swept Congress since 2019. Most recently in December 2020, former president Trump signed the Save Our Seas 2.0 Act into public law, which allots a total of $65 million in grants to improve recycling and waste interception infrastructure.

However, despite recent congressional efforts, some market participants believe there is still a disparity between legislative initiatives and actual on-the-ground needs.

“You can establish EPRs, you can establish minimum content laws, but if you don’t marry them to some mechanism to improve collection, you’re not making progress,” said Collier.

It’s unclear how COVID-19 disruptions impacted recycling rates in 2020, Collier said, given the volatility in supply and prices seen throughout the year.

Looking further ahead into 2021, demand for R-PET from the virgin PET market will increase due to snug virgin resin capacity and as more resin producers face mounting pressure to offer “more sustainable” PET blends.

Additionally, many manufacturers that switched to cheap virgin PET resin in mid-2020 are returning to its recycled counterpart for feedstock now that domestic virgin prices have risen 17% since hitting a record-low in June 2020.

But with more players than ever turning to R-PET before system-wide changes and investments can occur, market participants fear such pressure on already-limited supply will cause feedstock prices to surge.

“Unless collection is increased, high-quality PET bottle bales will be bid higher to meet 25% commitments,” said Rob Stier of S&P Global Platts Analytics. “The storyline will be higher bale prices at MRFs, less flake available and higher food-grade pellet prices relative to virgin PET over the next few years.”

Overall, experts agree that the only way to achieve a circular economy is to bridge the ever-growing supply-demand gap through the commoditization of waste and by investing in the entire recycling chain, from the collection of recyclables all the way down to end markets.

“As you establish value for waste material, you’ll also solve a lot of the pollution problems,” concluded Collier. “PET has such a good story compared to alternatives like glass or aluminum. PET is the right material so it’s a story we have to keep telling.”