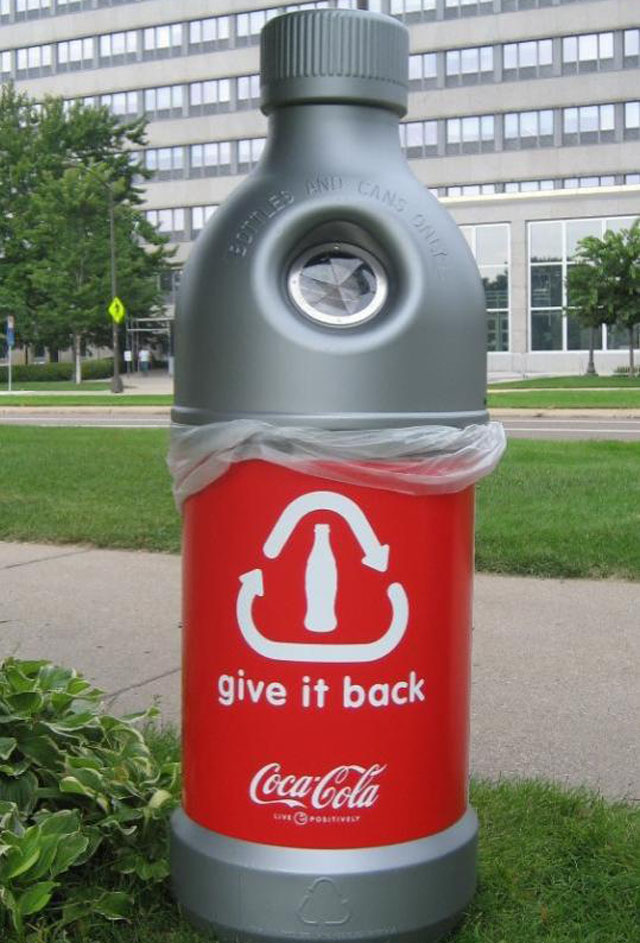 Coca-Cola in Great Britain knew it had taken on a huge challenge of Michael Phelps’ record-breaking proportions.

When the London Organizing Committee of the Olympic and Paralympic Games (LOCOG) committed to a zero-waste-to-landfill target, Coca-Cola made a pledge to recycle all soft drinks bottles that were disposed of at Olympic and Paralympic venues and return that waste into new bottles within six weeks. With anticipation that it would sell about 20 million bottles of Coca-Cola products during the course of the Games, this was not an easy endeavor.

“This is the first time bottle-to-bottle recycling had undertaken on such a huge scale within such a tight timeframe,” a Coca-Cola spokesperson told PlasticsToday. “But we knew it had the potential to take LOCOG a considerable way toward its zero waste targets.” To help meet that goal, the company fast-tracked plans to open Continuum Recycling, the £15 million ($24 million) joint venture with ECO Plastics, which is now the world’s largest plastics recycling facility. The move has already diverted 290 tonnes of waste from landfill, saved an estimated 310 tonnes of carbon dioxide, and provided sufficient material to use in around 42 million new bottles.

Previously, Coca‑Cola had sourced recycled plastic from Europe, while around two-thirds of used plastics packaging was exported for reprocessing. At the Games, LOCOG’s waste partner, Sita, sorted the contents of the bins and the bottles were taken to Continuum Recycling where they were processed into food-grade rPET flake. They were then transported to one of Coca-Cola Enterprises’ six UK manufacturing sites and turned back into new bottles. Coca-Cola estimates it will eventually create 80 million new bottles as a result.

All that work has paid off: Coca-Cola recently announced that it has recycled 10.5 million bottles collected from London 2012, returning them to Great Britain shelves as part of new bottles. “Continuum Recycling brought real benefits to the Games and it will continue to benefit the country as a whole,” the spokesperson said. “It will save around 33,500 tonnes of carbon dioxide every year, and double the amount of bottle-grade recycled plastic available in Great Britain. It will also enable us to hit our target of including 25% rPET in all our PET packaging by the end of this year.”

All the clear bottles that can be recycled have now been collected from London 2012 venues, but the process of turning them into new bottles is still continuing, the spokesperson said. Europe business consultancy Good Business authored a report that captured all the sustainability initiatives that Coca-Cola developed and implemented for London 2012. The report is not intended as a blueprint, but rather a record of what can be achieved with future large events. The Coca-Cola spokesperson said the company hopes that it will inspire the organizers of large events in the future, particularly of future Olympic and Paralympic Games.

During the Games, Coca-Cola sought to educate people about the speed with which a plastic bottle can now be turned into a brand new bottle in the UK. “On learning this, 70% of visitors to London 2012, questioned by an independent research company, said that they will now be more likely to recycle at home, which is very encouraging,” the spokesperson said. “As one of the UK’s biggest users of packaging we continually look to use the power of our brand to inspire consumers to recycle more.”

In its sustainability plan, Coca-Cola has a goal to “set the standard for sustainable packaging, achieve zero-waste in our operations and recycle more packaging than we use.” “To do this, requires us to look at every aspect of packaging from design, weight and recycled content to renewable materials and the recycling process,” the spokesperson said. Lightweighing bottles and cans remains a key part of the company’s sustainable packaging and its value chain carbon reduction strategy. The company continues to look for ways to remove additional material from the packages while retaining their integrity.

The company reduced the weight of its 500ml PET bottle to 21.7g, which is down from 39g in 1994. Coca-Cola estimated it has saved more than 3900 metric tons of PET each year based on current volume. In 2012, the company has continued to reduce the amount of plastic in its bottles, concentrating on its 500ml bottles for still and sparkling drinks and 1-liter bottles.

“However, we anticipate that the most sustainable plastic packaging in the future will include a combination of plant-based PET and rPET, minimizing the amount of virgin materials used,” the spokesperson said. “The Coca-Cola system has been looking for ways to make PET from renewable materials and has made excellent progress in recent years.” The Coca-Cola PlantBottle, which was launched in 2009, was introduced to Great Britain in 2011.

“We’re currently developing our carbon analysis systems to be able to identify the blend of rPET and plant PET that will give us the lowest carbon footprint in the future,” the spokesperson said. “By 2020, it is our intention that all PET bottles will contain a combination of plant-based material and rPET.”

Author plasticsinfomart 76
Norman residents no longer need to trash that empty yogurt cup because the city of Norman is increasing the types of plastics that can...
Read More