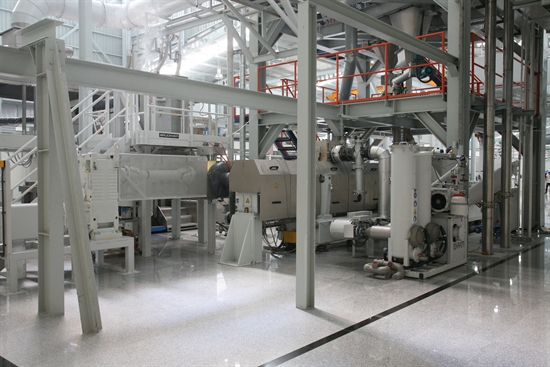 Taghleef Industries (Ti), a bi-oriented polypropylene (BOPP) film producer based in Dubai, announced a major investment in its Hungarian manufacturing plant that will boost up its 5-layer capacity in Europe.

By upgrading a 8.2m BOPP line to five layers, Ti Kft in Hungary will its five-layer film capacity in Europe to a total of 60,000 tons per year (t/y). The majority of the production is aimed at serving the In-mold labeling (IML) and the food packaging industries. Ti stressed that the five-layer film will also be used for other specific non-food applications.

The startup of the upgraded line is scheduled on June 1, 2014. It is expected to achieve energy savings in the range of 25%.

Author plasticsinfomart 69
Integral Technologies, Inc. (OTCBB:ITKG) (“Integral” or “the Company”), an emerging leader in hybrid conductive plastics, announces a break-through into the automotive marketplace of its...
Read More

Author plasticsinfomart 105
Equipment that supports energy efficiency and cost reduction will be the focus of Davis-Standard, LLC during the K Show in Germany. Davis-Standard, Hall 16,...
Read More