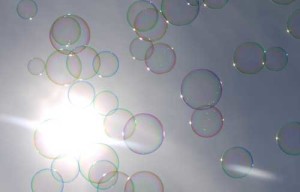 Roughly 300 million tons of plastic are produced globally every year, but only 700 thousand tons are bio-based and biodegradable. Carbios’s new Joint Venture aims to dramatically grow this market.

Carbios has announced the formation of CARBIOLICE, a new French joint venture shared between it, Limagrain Céréales Ingrédients (a heavyweight in the field of mulching films) and BpiFrance (SPI) to take on the massive worldwide plastic waste problem.

The collaboration will produce environmentally friendly rigid plastics and flexible films (bags, snack packaging, industrial and mulch films). Embedded into these materials will be enzymes that will decompose the plastic into fragments that can be taken up by microorganisms, thereby minimizing pollution. The ensuing degradation process takes place over a few months, compared to several hundred years for ordinary plastics. Importantly, these enzymes have been shown to preserve a material’s performance for its intended function.

The three partners have invested €18M in the venture that will be released over four years as the project reaches its technical and commercial objectives. Carbios has licensed the use of its patented enzymatic biodegradation technology and agreed to provide 5 years of R&D; in exchange, the company will receive €8M up front plus royalties on sales and products and receivables converted into shares of the joint venture ensuring its control.

Together, these three companies hope to establish CARBIOLICE as a leader in bioplastics to make a dent in the roughly 20M tons of plastic bags, soft packaging and mulching films produced in 2012. To hear more about Carbios and its innovative plastic processing strategy, keep an eye out for our upcoming review of bioplastics!