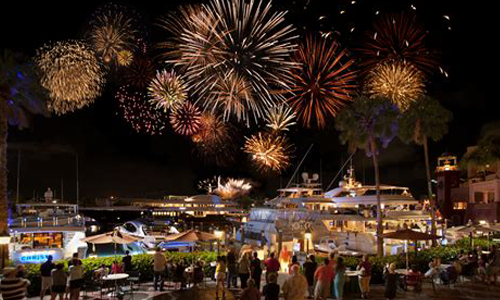 Tamil Nadu’s decision to ban certain plastic materials has taken off on a positive note, with shops and establishments stopping distribution of plastic covers, cups and plates among other things. However, the awareness to the full extent is yet to go deep into the society, despite efforts to collect banned plastics from households and shops.

The implementation could be visible in many shops, where people are switching over to alternatives starting from cloth bags, newspapers and banana leaves.

Items excluded are plastic cases containing milk, curd, biodegradable plastics and packaging plastics like water bottle from big firms by the government and others.

The order came into effect after the Madras High Court dismissed a petition by the Tamil Nadu and Puducherry Plastic Manufacturers’ Association, which had sought the withdrawal of the ban.

The civic bodies in major towns have planned in advance to implement the order, according to the authorities. For instance, the Greater Chennai Corporation has set up 200 Ward Committees with eight officials from the local offices in each committee, and another 15 Zonal Committees to implement the decision. It has also initiated a drive from December 31, to collect the banned plastic items from households and shops through various collection points.

On the first day, around 1,783 kilograms of plastic was collected and the drive would go on for a few days now, said Corporation officials.

The corporation has also been conducting door to door awareness programmes to better implement the government initiative and plans are to cover more households in the coming days. An enforcement wing will also conduct an inspection in the shops to ensure the banned plastic is fully disposed off. The plastic will be disposed of in tar to be used in laying roads.

However, in some of the areas in Chennai are yet to react to the call for depositing the plastic substances held in the households.

The organised retail shops and large shops have already displayed the government ban in their shops and also have switched to the alternative options from day one.

However, at least in some of the small shops, there were no alternatives for plastic bags, leaving the customers in trouble.

The government is contemplating to extend the efforts by asking the companies to take responsibility of the plastic they distribute in the market and dispose of it.

According to an article by The Energy and Resources Institute (TERI), Central Pollution Control Board estimates Tamil Nadu to be generating approximately 79,115 tonnes per annum of plastic waste and cities like Chennai and Coimbatore to have a mix of 80 per cent of high density and low-density polyethene waste comprising of carry bags, milk pouches and packing films.

“The government order bans all forms of plastics packaging including by small retail outlets, grocery shops, whereas the same is permitted for MNCs and FMCG companies. This will hit the businesses of over 200,000 small vendors, hawkers, shops, hotels, restaurants, sweet shops, etc,” TAPMA had said.

The Association further pointed out that more than 5,000 plastics industries will be forced to close down and equipment and machines worth Rs 3,000 crore will remain idle. They also said that 200,000 direct workers will lose their jobs, resulting in a GST revenue loss of Rs 1,800 crore annually, as a result of this ban.

But the Government continues in its stand. Tamil Nadu Pollution Control Board has already issued legal notices to about 1,400 plastic manufacturing units across the state. The Tamil Nadu Pollution Control Board (TNPCB) is going all all out to stop the entry of banned plastic products into the State. It has tied up with the commercial taxes department and sales tax department in 29 interstate check posts.

Minister for fisheries and spokesperson of AIADMK D Jayakumar said that the government will work towards the rehabilitation of all the micro, small and medium scale plastic manufacturers after the ban is implemented.

The State administration has created collection centres to collect the banned items. The government is also planning to impose a fine for stricter implementation of the ban.

The TNPCB has also been coordinating with commercial and sales tax departments to keep a tab on inter-state check posts and block vehicles carrying banned plastic products.