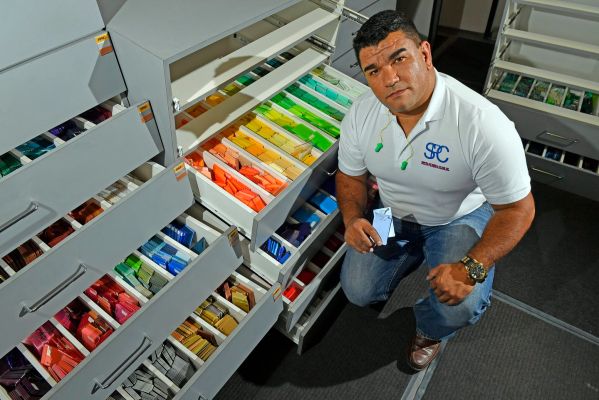 Business owner Ewerton Borges got his start in the plastics industry with a broom.

Nearly 20 years ago, the Brazilian immigrant was hired by a Farmingdale company to sweep its production floor. Three months ago, he bought his own plastics manufacturing company, which he calls Spectra Polymers & Colors Inc., also in Farmingdale.

e bought the company with $60,000 of his own money and $500,000 in financing from the previous owner, Alicia Kolis, who is now the new company’s director of operations.

In the short time Borges, 39, has been at the helm, he said the company has gone from losing $40,000 a month to posting a profit of $29,000 a month in August. He has added three part-time employees to the eight workers the company had.

How did a 21-year-old who arrived in this country in 1999 knowing no English and nothing about the plastics industry, come to own his own company?