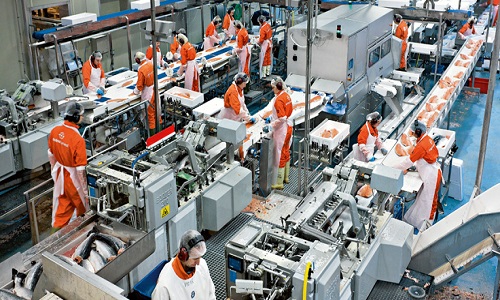 The Exposyum gave participants a 360° market overview on the focal theme of food losses and efficient food processing and packaging by mean of hands-on content from local experts as well as international exhibitors. Companies from this sector presented their demand-driven solutions, political institutions explained the political framework and possible support for suppliers to local producers while the latter in turn outlined their requirements. The FAO used the occasion for hosting a one-day conference on food losses. Speakers there inferred recommendations for avoiding food losses in Kenya and Eastern Africa from practical case studies from various countries and industries.

Explaining the motivation behind the event, Werner Matthias Dornscheidt, CEO & President of Messe Düsseldorf, explained: “By holding the Processing & Packaging Exposyum we are bringing the supply of, and demand for, demand-driven packaging and process technology together locally. In this way we create a “Basis for Business” for our customers in keeping with our mission while making a key contribution to fighting food losses as part of the save food initiative – which is a pressing problem, especially in Sub-Saharan Africa.”

“This year we have again succeeded in compiling an especially accomplished mixture of talks from high-calibre speakers for the Exposyum. Due to the all-round information conveyed, as well the contacts with key figures in the industry and from the political sphere, this unique concept makes it especially easy for potential suppliers to local food producers to get a foot in the door of a very promising future market,” says Urs Albert Ingold, CEO of StarlingExpo AG.

This view is also underlined by exhibitor testimonials. Jean-Claude Nduwimanai, Sales Manager at Miele, Italy, confirmed: “When we took part for the first time in 2013 we were able to make many new contacts. Three of them have now visited us at the trade fair in order to place specific orders with us. We had not expected this. FPPE 2014 proved very successful for us.”

Martina Claus, responsible for Market Development Africa at VDMA’s Food Machinery and Packaging Machinery Association, adds: “The concept of the event has convinced us entirely and the participants of our joint stand have managed to establish important new contacts. We look forward to coming back next year.”

Visitors were also full of praise. Case in point is Dr. Michael Wawire of the Jomo-Kenyatta University for Agriculture and Technology, who is commissioned to deal with packaging issues by the industry. He was enthused with the products displayed by the German exhibitor Mall + Herlan: “The bottles and aluminium flasks are an innovation I have never seen before and they open up completely new dimensions to the suppliers of consumer goods while making for a high degree of flexibility.”

Early signals for FPPE Kenya 2014 have already been very positive. Both exhibition space and the number of exhibitors were significantly higher than at the premiere event. 65 companies and organisations took part – a marked increase over the debut event with 21 exhibitors one year ago. The exhibiting organisations also included the VDMA featuring a joint stand housing seven participants. Furthermore, the save food initiative promoted by the partners FAO, UNEP and Messe Düsseldorf was represented with a stand involving 14 enterprises and associations. Over the three days of the Exposyum to the tune of 40 talks were presented.

The next Food Processing & Packaging Exposyum will be held in Nairobi/Kenya from 3 – 5 November 2015.