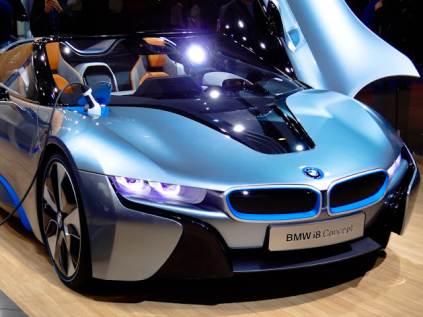 In a climate of economic austerity in which European car sales have declined over the past few years, the renewable and other emerging technologies on display during the recent 2012 Paris Motor Show offered a glimmer of hope.

The two-week event that ended on October 14 featured the latest in electric vehicle and hybrid technology. Automakers, like BMW, that have been slow to enter the hybrid and EV markets, showed off concept vehicles while others demonstrated the latest technologies for squeezing more miles and kilometers out of each gallon or liter of gas.

The BMW i8 Concept can run on electric power alone. The energy supplied by the application-designed battery (installed between the front and rear axles) to the electric motor at the front axle gives the BMW i8 Concept an all-electric driving range of about 20 miles. The battery can be fully recharged in two hours in a standard power socket.

Author plasticsinfomart 95
Method creates home and personal care products that are non-toxic and environmentally sustainable. In a move to become even more eco-friendly, Method has come...
Read More

SIMONA to unveil numerous innovations and product concepts at K 2013