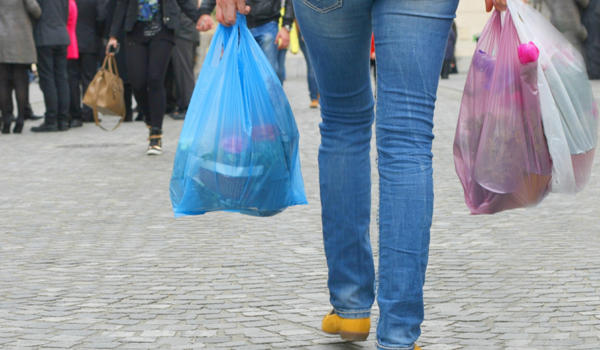 A Senate inquiry into Australia’s recycling crisis has recommended that all single-use plastics — which could potentially include takeaway containers, chip packets and coffee cups with plastic linings — be banned by 2023.

The wide-ranging report also recommends the establishment of a national container deposit scheme as a response to an unfolding crisis in Australian recycling that forced some councils to tip their recycling into landfill.

The report sets out a blueprint to create a “circular economy” — where all materials used in Australia are then recovered and reused domestically.

Greens senator Peter Whish-Wilson, who chaired the inquiry, said it was “a rare display of political consensus” across Labor, Liberal and the Greens.

“The Senate has laid down a clear pathway for Australia to create a circular economy and stop piles of plastic, paper and glass being stockpiled or heading to landfill,” he said.

While the report did not define what single-use plastics could be banned, senator Whish-Wilson said it could include takeaway containers, chip packets, plastic bags and coffee cups with plastic linings.

Australian recycling is in crisis after China announced it would no longer buy the majority of our recyclable material, starting from this year.

Previously, up to 50% of all Australian recycling was being sold to China, because the lack of a domestic market for recyclables could not meet the volume of recycling we were creating.

But on 1 January, new conditions meant China would no longer buy 99% of the 1.27 million tonnes that Australia had previously exported there.

The unsold recycling began piling up in collection centres, or being dumped in landfill. States have stepped in with emergency funding to ensure collection companies continued to pick up recycling, but only on six or 12 month contracts.

Tuesday’s report says the long term solution is to create a circular recycling economy, cut down on waste generation and fund infrastructure to recycle domestically.

“It appears that Australians are more likely to be enthusiastic recyclers than they are at seeking to avoid waste generation,” the report said. “The increasing amounts of material generated for recycling is placing the recycling industry under pressure.”

Gayle Sloan, the chief executive of the Waste Management Association of Australia, told the committee Australia was being “left behind the rest of the developed world” in failing to create a circular economy.

“For every one job involved in landfill and 10,000 tonnes of waste, over four are created by resource recovery,” she said.

The report also calls on the government to prioritise waste reduction over controversial waste-to-energy plans, to establish a national container deposit scheme, and for government departments to set mandatory targets for using recycled material.

Whish-Wilson said: “Never before have I seen every stakeholder, from right across the economy, call for national leadership on an issue. This report lays bare the need for federal government action and underlines why it can no longer sit on the sidelines.”

In 2014-15, Australia generated 64 million tonnes of waste — both household and commercial — of which 58% was recycled. In April, a Coag meeting of state and federal environment ministers, who met to discuss the recycling crisis, already agreed to make all Australian packaging sustainable by 2025.

Tuesday’s report concluded the current recycling crisis offered an opportunity to reform Australia’s waste system that was “too important to be missed”.

“While China’s decision to restrict the import of certain categories of waste has triggered the current crisis in the Australian waste management sector, in fact, there have been underlying problems in the sector for some time,” it said.