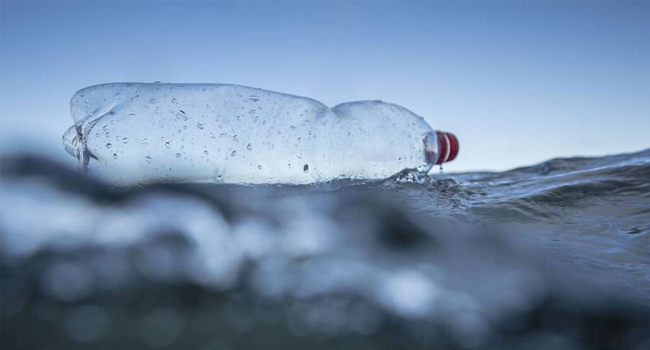 Plastic pollution is becoming a growing concern, posing a threat to the environment and wildlife. Because plastic is not biodegradable, tons of it can be found in the world’s landfills and oceans. In fact, an “island” of plastic waste twice the size of Texas — and growing — is floating in the Pacific Ocean. Thankfully, it looks like scientists may have accidentally discovered a solution to our growing plastic problem.
As reported by The Guardian, researchers from the U.K.’s University of Portsmouth and U.S. Department of Energy’s National Renewable Energy Laboratory (NREL) were studying bacteria found in a Japanese recycling plant that naturally evolved to eat plastic. While examining the structure of the enzyme that the bacteria produced, the scientists unexpectedly mutated the enzyme itself. This mutation made the enzyme even better at breaking down polyethylene terephthalate (PET) plastic bottles, which are the ones typically used in water and soda bottles.

Basically, the enzyme makes it possible to break down the plastic in a few days, which is far less than the hundreds of years previously estimated for plastic waste to biodegrade in the environment and oceans.

“Serendipity often plays a significant role in fundamental scientific research and our discovery here is no exception,” University of Portsmouth professor John McGeehan said in a press release. “Although the improvement is modest, this unanticipated discovery suggests that there is room to further improve these enzymes, moving us closer to a recycling solution for the ever-growing mountain of discarded plastics.”
The enzyme was also found to degrade other bio-based plastics which are being touted as replacements for glass bottles but are also not biodegradable, CNN reported.

Researchers hope to potentially industrialize the enzyme, making it a “super-fast” enzyme that could work 10-100 times faster than it works now. In fact, the researchers have filed a patent for the enzyme. The discovery and mutation of the enzyme also has prompted scientists to search for other bacteria that could be evolving in the environment that could also help break down plastic.