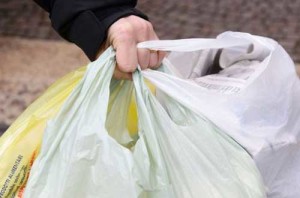 Saudi Arabia uses 40kg of plastic bags each year – almost 20 times the global average measured by the European Union (EU), according to reports from the kingdom.

Research by Riyadh Exhibitions Company (REC) claimed that Saudi Arabia’s per capita plastic bag consumption is the highest in the Middle East and double the rate for other countries in the GCC, reported Saudi Gazette.

Meanwhile, plastic waste generated in the kingdom each year is equivalent to the weight of around 2 million cars, the REC research reportedly showed.

It claimed a rising population and increasing income levels have led to a sharp increase in consumption and waste.

Global individual consumption of plastic bags averages between 2-5 bags a day, or around 500 bags per year, while bag production totals 600 billion a year, according to figures from the EU.

The newspaper said the kingdom recently announced proposals to modify plastic products to reduce waste. It is understood those have yet to come into force.