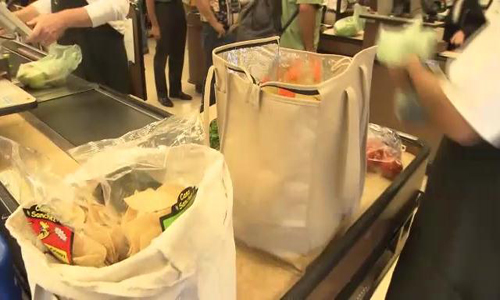 REGINA (Scrap Monster): Saskatoon city councilor Pat Lorje has called upon the city administrators to research the issue of plastic bags in other cities. She stated that necessary action should be taken to phase out the use of plastic grocery bags on account of the environmental impacts caused by them.

“Saskatoon is becoming a more cosmopolitan, environmentally-conscious city. I think we, at times, underestimate the goodwill of our citizens,” she said. The city is behind others on issues such as recycling, she added.

According to Pat, the ultimate aim is to enforce outright ban on use of plastic grocery bags. However, if a ban cannot be implemented in the short term, the administration should do the needful to increase the fee charged on plastic bags. The currently charged few pennies is quite insufficient to bring about change in behavior among residents. The fee charged should be substantial enough to deter customers from opting for them at checkout points of grocery stores.

Any revenue from new fees or taxes could be dedicated to funding the landfill or other environmental issues, she said. Educating the public on the harmful consequences of using plastic bags has not yielded to any positive outcome. According to study reports, plastic bags require centuries to decompose and they leach toxic chemicals into the ground and water. They also pose serious threat to wildlife.