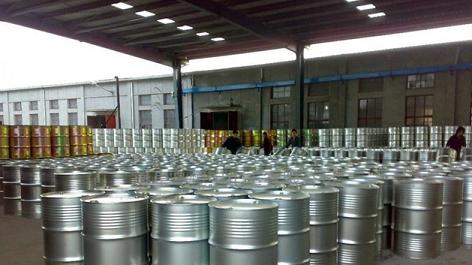 Asian PP producers continue to face margin pressure even after announcing significant increases on their new April prices as spot propylene prices on an FOB Korea basis jumped higher over the past week to reach their highest levels since September 2011 as per the pricing service of ChemOrbis. PP producers are likely to face difficulty in persuading buyers to accept another round of price increases as converters are already offering resistance to sellers’ most recent price hikes.

According to data from ChemOrbis Price Index, homo-PP prices on a CFR China basis traded nearly at par with spot propylene prices on an FOB Korea basis throughout most of February. In March, PP producers managed to achieve a price premium of around $45-105/ton over propylene, an improvement over February but still well short of the estimated $170/ton premium required to breakeven. In the last week of March, the gap between homo-PP prices and spot propylene costs once again began to drop, falling from $105/ton to around $75/ton. The gap between homo-PP prices and spot propylene costs is likely to narrow still further at the start of April following the significant increases in spot propylene prices recorded towards the end of last week says ChemOrbis.

Spot propylene prices on an FOB Korea basis surged $85/ton last week on concerns of limited availability. South Korea’s Honam Petrochemical reduced the operating rates of its 500,000 tons/year propylene capacity cracker in Daesan from 100% to 90% and is planning to shut down the facility in mid-April for a debottlenecking. Japan’s Showa Denko was planning to restart a 425,000 tons/year propylene capacity cracker in Oita in late March but had to delay the expected restart date to May due to some unforeseen technical problems at the site. Propylene availability out of Singapore was also said to be have been negatively affected by the fire outbreak at Shell’s 500,000 barrels/day Pulau Bukom refinery, which also affected some of the petrochemical facilities at the same site.

Overseas PP producers active in China report that it will be difficult to press for further price increases for now as demand is not very encouraging and their higher initial April announcements have already been encountering resistance from buyers. A source at a Saudi Arabian producer complained, “We would like to ask for another round of price increases but cannot do so for now as we are struggling to conclude deals at our current price levels. The bids we are receiving from our customers stand well below our new April prices.” Another Saudi Arabian producer expressed a bearish outlook for the coming month even after they managed to conclude some deals at their new April prices. “We feel that prices may not be able to maintain their current levels as demand is not all that strong and buyers will offer strong resistance to another round of price hikes,” a producer source reported.

ENGEL med.con is a success in India