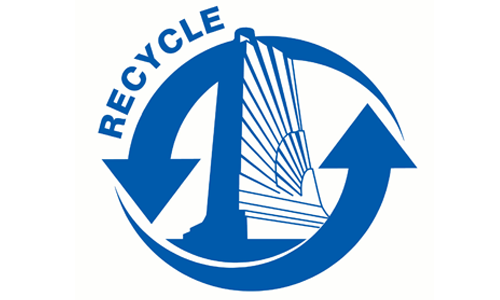 Glass now goes in the trash.

It’s just one of several changes South Hills residents will be asked to make when recycling materials at the curb starting Jan. 1.

Plastic bags and glass no longer can be tossed into recycling bins. Only plastic bottles, jars and jugs labeled with a No. 1 or No. 2, tin and aluminum cans, paper and cardboard can be recycled, said Erika Deyarmin-Young, Waste Management spokeswoman.

“It’s good for the quality and viability of the recycling program,” she said.

The changes locally were triggered in response to global industry changes, Deyarmin-Young said.

In January, China — a large importer of recycled material — banned 24 materials for import and limited contamination for any material imported into the country to less than .5 percent, she said. Others are following suit.

In the Pittsburgh region, contamination of recycling materials currently is around 20 percent, Deyarmin-Young said.

Nineteen of the 22 municipalities in South Hills Area Council of Governments participated in the joint bid, said executive director Louis Gorski. Baldwin Borough, West Mifflin and Robinson Township did not.

The changes will only affect those 19 communities and Butler Township in Butler County. Waste Management will continue to accept recyclable materials reflected in municipal contracts throughout Western Pennsylvania, Deyarmin-Young said.

Baldwin officials tried seeking bids on their own in hopes of getting a lower rate but ended up with a similar deal with Waste Management, Manager John Barrett said, meaning the changes will affect borough residents as well. Council members likely will vote on an agreement with Waste Management in January.

‘If in doubt, throw it out’

The focus of recycling is now on quality, Deyarmin-Young said.

That means keeping out products that could contaminate the rest, such as glass, which often breaks before making it to recycling facilities.

Pizza boxes have grease on them, so they’re a no-go, Gorski said.

Plastic bags often get tangled up in the equipment, causing problems. Gorski suggests homeowners collect them and return them to their local grocery stores instead.

He said over the years, people likely were trying their best to include what they thought should be recycled. However, “things got a little sloppy” along the way, he said.

Waste Management now uses the mantra: “If in doubt, throw it out.”

By doing so, residents could be saving their municipalities money.

The new contract with Waste Management allows the company to reject a load if its contamination rate is too high, Gorski said. If that happens, the municipality could be forced to pay a fine of $150 a load, plus the cost of cleanup and transportation to the landfill.

Both Waste Management and the municipalities are responsible for educating residents about the changes, Gorski said.

Brentwood Borough plans to have more information in a mailing at the beginning of the year, borough Manager George Zboyovsky said.

Baldwin received a $264,000 grant from the state Department of Environmental Protection to purchase new recycling bins for all 7,700 residences in 2019. When distributed, they will come with informational flyers detailing the new guidelines.

Waste Management also will be tagging bins at the curb and rejecting them if they have too much contamination, Deyarmin-Young said. The cards will tell residents where the contamination is in the bin. Residents then will have the option to clean up the contamination and put the bins back out the next time recycling trucks come around, or toss the materials in the trash and try again.