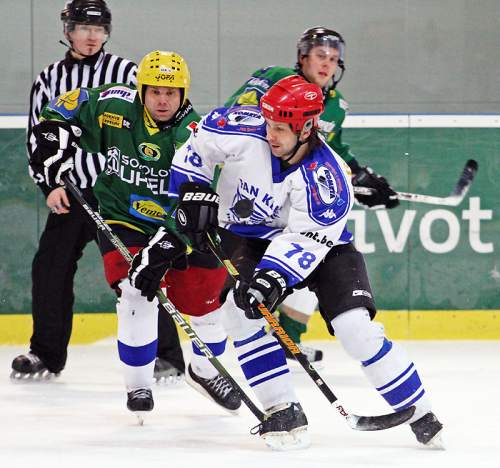 There is evidence of an ancient hockey-like game played across Europe and the First Nations of Eastern Canada. The first recorded hockey games, however, were played by British soldiers stationed in Kingston and Halifax during the mid-1850s. Students at Montreal’s McGill University drew up the first known set of ice hockey rules in the 1870s. The modern version of ice hockey has been part of the Winter Olympics since Chamonix in 1924, with women’s hockey added in 1998.

Following are some of the ways that plastics have helped revolutionize the sport of ice hockey:

* Sticks: Traditional hockey sticks were wooden, but today, many are made of fiberglass, carbon fiber, aluminum and various composite materials. Plastics have found their way into hockey sticks through nanotechnologies like polymer Baytubes® carbon nanotubes, which create more durable sticks and improve puck handling and speed.

* Pucks: When ice hockey originally came to North America from Europe, a ball, rather than a puck, was used. Early players found that the wooden ball was too bouncy on ice, so they cut the top and bottom off, to form the hockey puck. A hockey puck is manufactured by vulcanizing synthetic and natural rubber – both of which are plastics.

* Skates: Early hockey skates were made of leather with metal blades, but today they use a wide variety of synthetic materials for improved performance and speed. Hockey skates feature thick plastic padding to protect the feet and sturdy ankle support for increased stability, speed and agility. One very visible difference from other hockey skates is a protective plastic cowling made of high-end polyvinyl chloride (PVC) that wraps around the entire lower half of the boot.

* Safety: Most hockey rinks are enclosed by Plexiglas® barriers which are more “impact friendly” to checked players than glass. However, a hockey player’s primary safety measure is the gear he or she wears. Compared to most other sports, hockey gear is heavy-duty and must offer a high level of protection against many immediate hazards. Hockey helmets are engineered with a crack-resistant outer shell of injection-moulded plastic and interior plastic foam pads. The outer plastic is vinyl nitrile, which is designed to absorb impact and disperse force so as to help prevent concussions. The helmet is often accompanied by a mask or visor, which is mandatory in some leagues. A visor is made of transparent, impact-resistant plastic, while a mask can use plastic or metal wire-or a combination of both. Other protective gear includes a mouth guard, a neck guard, gloves, elbow pads, shoulder pads, an athletic protector, padded shorts and shin guards – all made from plastic!

Today’s intelligent plastics are vital to the modern world. These materials enhance our lifestyles, our economy and the environment. For more information visit www.intelligentplastics.ca.

The Canadian Plastics Industry Association is the national voice of Canada’s plastics industry, representing the interests of processors, material suppliers, equipment manufacturers and brand owners across the country.

Promens to build its first production facility in China