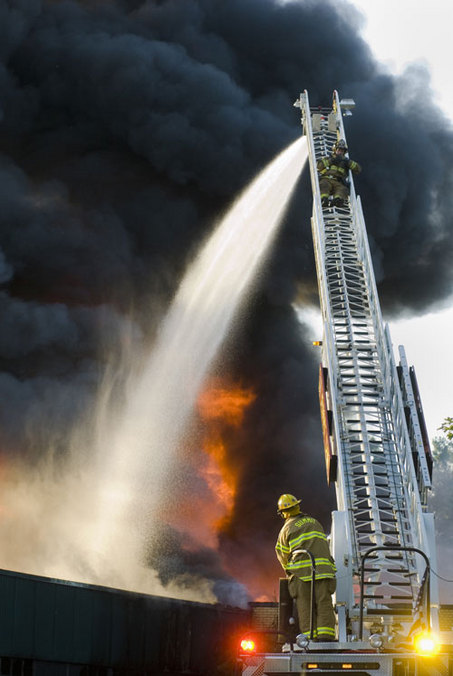 A two-alarm fire in Mississauga caused large clouds of black smoke Saturday, as authorities asked residents to close their doors and windows.

The building was quickly evacuated and there were no injuries, according to EMS officials.

Police haven’t determined a cause but reported that both plastics and industrial rubber were burning. They asked area residents to shut their doors and windows as a hazardous materials team evaluated air quality.

“I just went outside for a minute, and my hair, everything smells,” said Pina Rocha, an employee of nearby Cooksville Lumber.

Police evacuated workers at nearby businesses, including employees at B & G Auto Collision Centre. One worker, Bob Budwal, said he was sent home for safety reasons.

Arsonists blamed for huge fire at plastics warehouse in Oldham