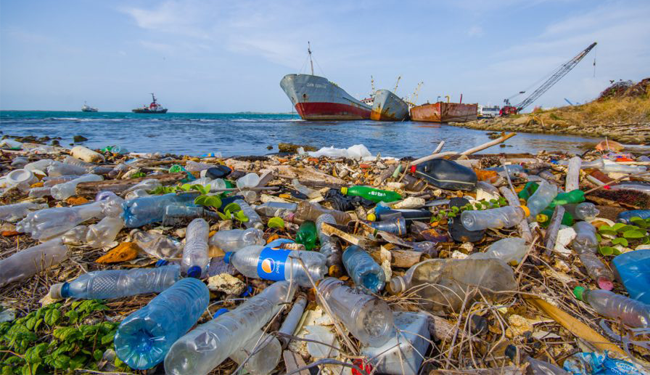 Experts predict that by 2050, the plastic pollution in the sea will outweigh the fish in the oceans. Now a national food retailer has piloted a project in the Eastern Cape and is no longer selling or using plastic bags.

They have replaced the plastic bags with brown paper bags, it’s a move that has been welcomed by environmentalists.

The facts are mind boggling, one retailer admits to producing eight billion shopping bags nationally a year. In the Eastern Cape last year they produced a whopping 101- million plastic bags. That is enough plastics to fill up 1 924 rugby fields.

“We are hoping that we can change their shopping habits and get them to realise that what they are doing is damaging and hurting our planet. We have paper bags and that’s what we will be using in our stores “, said businessman Conrad Isaac.

The move has been welcomed by environmentalists.

“We have to get people to change their habits. It’s a habit we get into just throw it away it doesn’t matter, but it matters terribly. I mean we found the banks of the Swartkops littered with plastic bags and that plastic breaks down into bits and lasts a long time,” said environmentalist Jenny Rump of Zwartkops Conservancy.

Consumers have given the initiative the thumbs up. Scientists say 8-million tons of plastic is floating in the ocean.

“There are many ways how the community can help and I think that the first way is to be aware of how we do impact the environment. For example plastic pollution is very bad in the ocean also because it is coming from the rivers so its not only people throwing stuff off boats its from the land too”, said Lorien Pichegru of Nelson Mandela University.

China, Indonesia, Thailand, Vietnam and the Philippines are the world’s biggest culprits when it comes to plastic pollution.