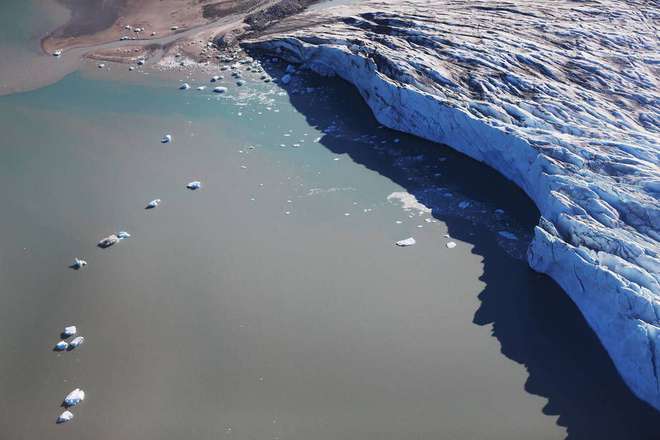 London, Sep 25 (PTI) Scientists have discovered sizable chunks of plastic near the North Pole, raising fears that melting ice will allow more of the material to be released into the Arctic Ocean – with detrimental effects on wildlife.

A team of scientists drawn from the US, Norway and Hong Kong and headed by marine biologist Tim Gordon of Exeter University in the UK found polystyrene chunks 1,609 kilometers from the North Pole in the area that was previously inaccessible because of sea ice.

They found two large pieces on the edge of ice flows between 77 degrees and 80 degrees north, in the middle of the international waters of the central Arctic Ocean.

It is one of the most northerly sightings of such debris in the world’s oceans, which are increasingly polluted by plastics and confirm just how far plastic pollution has spread, The Guardian reported.

The finding has prompted fears that as the ice melts, because of climate change, plastic that has long been trapped in it is flowing into the Arctic.

“Finding pieces of rubbish like this is a worrying sign that melting ice may be allowing high levels of pollution to drift into these areas,” said Gordon.