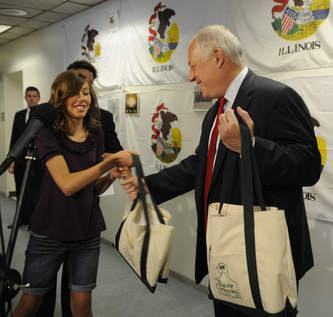 Pat Quinn, the Governor of Illinois, the US, vetoed a bill on August 26 which would have removed the right of home rule communities to implement solutions to plastic bag litter problem.

In his veto message, the governor said the bill is more restrictive on municipalities than any other plastic bag regulation in the country, which would have created a roadblock for locals to choose policies that fit the needs of the area. He also reiterated his commitment to working with communities, businesses and advocates to pass a better bill in the next legislative session to increase recycling.

“Justice Louis Brandeis once called states the ‘laboratories of democracy’ for our nation. Let’s not tie the hands of innovative Illinois municipalities that are laboratories of reform for Illinois,” Governor Quinn said in a statement. “While well-intentioned, this legislation is a roadblock to innovation that would do little to boost recycling in Illinois. We can do better.”

Senate Bill 3442, also known as the “plastic bag” bill, would have required manufacturers to register with the Illinois Environmental Protection Agency and stamp a number on each plastic bag. The bill would have outlawed the purchase of plastic bags from non-registered manufacturers and prohibited municipalities from enacting their own recycling programs, fees or outright bans on plastic bags.

The bill was opposed by the Illinois Municipal League and 150 municipalities who saw it as an undermining of home rule, according to government’s statement. Under the 1970 Illinois Constitution, home rule enables municipalities to exercise greater control over local problems. Illinois currently has 209 home rule units whose authority would have been weakened by this bill.

“This bill was an assault on the principle of home rule and the idea that innovations can come from municipalities,” said Mayor Don Gerard of Champaign, whose City Council was moving towards regulation of plastic bags in retail stores. “If the City of Champaign and other towns want to put a fee on plastic bags or ban them or do nothing, it should be our choice.”

“Illinois has a history of upholding home rule authority. This bill would have handcuffed communities wishing to implement innovative solutions,” said the Sierra Club’s Jack Darin, one of 14 signers of a letter from religious and environmental groups urging a veto.

Petainer invests in PET production at its Swedish plant

Author plasticsinfomart 90
Aimed at multinational organizations with factories worldwide or medium size companies having several production facilities in one country, a web-based platform has been introduced...
Read More