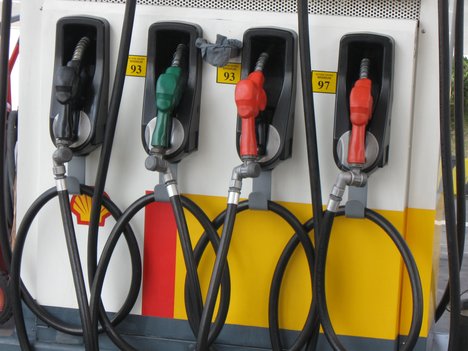 Oil prices rose to near $107 a barrel Wednesday in Asia after a report showed US crude supplies fell unexpectedly, a sign demand may be improving.
Benchmark oil for May delivery was up 52 cents to $106.59 a barrel at midday Singapore time in electronic trading on the New York

Mercantile Exchange. The contract fell $2.49 to settle at $106.07 per barrel in New York on Tuesday after Saudi Arabia said it could pump more oil to cover any shortages.
Brent crude for May delivery was up 12 cents at $124.24 a barrel in London.

Saudi Arabia, the world’s largest crude producer, said Tuesday it can quickly boost output by 25 percent if there is a sudden disruption in global supplies. Crude has jumped from $75 in October as traders worry a military conflict over Iran’s nuclear program could cut that country’s crude exports.

The European Union and the U.S. have imposed sanctions that make it tougher for Iran to sell its oil. In response, Iran has threatened to block oil shipments in the S
trait of Hormuz, through which a fifth of world’s oil supplies pass.

Kuwait said Tuesday it is increasing crude production and that Iran has assured its neighbors that it won’t block the vital waterway.

“The Saudis have been cranking up output, presumably in an attempt to dampen further price increases,” energy consultant and trader Ritterbusch and Associates said in a report. However, “increased output won’t necessarily reduce the Iranian risk premium.”

Startup Converts Plastic To Oil, And Finds A Niche

Author plasticsinfomart 19
The next generation of recruits are honoured for their outstanding performance Wolfertschwenden, 8 February 2021 – Four apprentices and one student were given the...
Read More