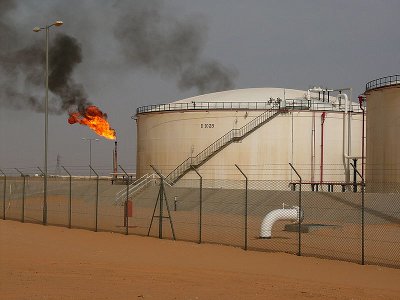 BANGKOK (AP) — Oil prices were higher Thursday, boosted by a survey showing that China’s manufacturing is on the upswing. Benchmark oil for March delivery was up 29 cents to $95.52 per barrel in at midday Bangkok time in electronic trading on the New York Mercantile Exchange. The contract dropped $1.45 to finish at $95.23 on the Nymex on Wednesday following reports that the amount of oil moving through a key pipeline to the Gulf Coast had been cut in half.

HSBC’s monthly purchasing managers’ index, which gauges manufacturing activity, rose for the fifth consecutive month in January to 51.9, up from December’s 51.5. Readings above 50 on the 100-point scale indicate expansion. More manufacturing means more energy consumption, which should push oil prices higher. The report is further evidence that China’s economy is undergoing a modest recovery from a downturn sparked by the 2008 world financial crisis. The Chinese economy expanded 7.9 percent in the final quarter of last year, up from 7.4 percent in the previous quarter, according to data released earlier this month.

Brent crude, used to price international varieties of oil, was down 1 cent to $112.79 per barrel on the ICE Futures exchange in London.