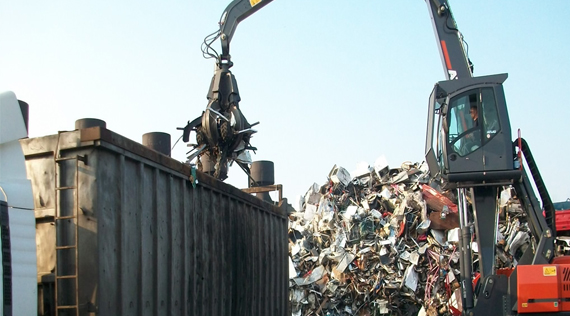 According to the study by John Dunham and Associates, coinciding with World Trade Week, U.S. scrap exports generate more than $28 billion in total economic activity.

“The global demand for scrap helps drive the U.S. economy,” said Robin Wiener, president of ISRI. “Scrap exports alone generate tens of thousands of American jobs and billions of dollars in tax revenue. This makes it that much more important to continue policies of free and fair trade, build and strengthen relationships with overseas partners, and develop new markets. Doing so will not only provide greater opportunity for U.S. recyclers in international markets, but strengthen our economy here at home.”

The data shows that approximately 26.36 percent of the scrap materials processed in the United States are exported to other countries for manufacture into new products. These exports help create jobs in the United States and also reduce worldwide energy demand and the need to mine and harvest virgin materials. In 2017, more than 40,000 jobs are supported by the export activities associated with the processing and brokerage operations of scrap recyclers operating in the United States.

These jobs pay an average wage of $75,934. An additional 93,772 jobs are provided by supplier operations and through the indirect effects of scrap recycling exports. More than $3 billion in federal, state, and local tax revenue is collected as a result of scrap exports.

The data was included as part of a study conducted to determine the size and scope of the scrap industry in the United States, and document its significant contribution to the economy in terms of employment, tax generation, and overall economic benefit. Last month, ISRI released figures showing U.S. scrap recycling industry was responsible for more than 534,000 jobs and the overall economic impact to be nearly $117 billion.

“International trade is a key revenue generator for the recycling industry, however, nearly three-fourths of the material processed is used in domestic manufacturing,” continued Wiener. “Recycling is in fact the first link in the manufacturing process. A strong manufacturing base and infrastructure development in the United States will further the economic development of the scrap industry. Recyclers stand willing and ready to play its part in supplying the feedstock to grow the country.