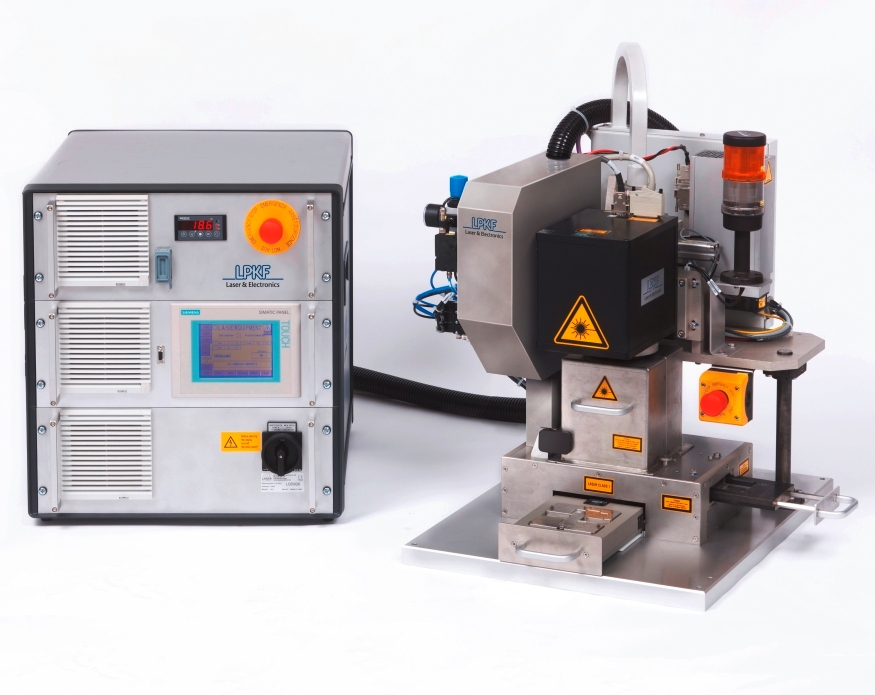 LPKF Laser Welding with a broad product spectrum at Fakuma

LPKF rates the Fakuma show taking place in Friedrichshafen/Germany from 16 to 20 October as one of the most important trade fairs for laser plastic welding. The specialists from Erlangen will be showcasing four systems in Hall A4, Booth 4122, highlighting the broad product range using this technology.

Laser plastic welding boasts an excellent reputation for fast, inexpensive and precise production. Major success factors in the automotive sector are low part costs and reject rates. The medical technology sector places a high priority on hygiene and safety: Both of these sectors are therefore ideally served by the LPKF laser welding systems.

The LQ-Vario represents the systems for medium and large series pro-duction numbers. The system on display at the show is equipped with a rotary indexing table, and can also be fitted with two component com-partments for faster throughput.

With the LQ-Spot, LPKF showcases a clever technique for fastening ele-ments inside housings. The system welds on a small cap to fix small integrated components rigidly in place with no mechanical or thermal stress.

From prototypes to series appliances: The LPKF LQ-Smart celebrates its world premiere at Fakuma. A small compact welding head with a clamping tool and a separate 19” rack create new flexible options for integrating the laser welding system into sophisticated production processes.

The LQ-TMG 3 is also well worth looking at: The transmission monitoring device works with a laser which has the same wavelength as the produc-tion system. It can be operated independently for quality assurance and documentation, and can also be integrated within the laser welding zones.

Another new product remains in the development laboratories until the start of Fakuma: With the new tabletop machine specially developed for prototypes and small series, LPKF intends to make laser welding technol-ogy attractive for other markets.

About LPKF
LPKF Laser & Electronics AG produces machines and laser systems used in electronics production, medical technology, the automotive industry, and the fabrication of solar panels. Around 20 per cent of LPKF’s employees are engaged in research and development activities.

Author Plastics Infomart 69
SABIC, a global leader in the chemical industry, has announced that the newly formed Hygiene & Healthcare segment of its Petrochemicals business will showcase...
Read More