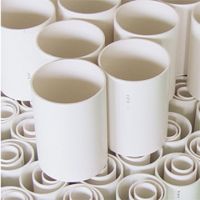 For the past few weeks, players in Turkey have been talking about diminishing stocks in the local market for homo PP, PVC, HDPE film and LLDPE film, as per the pricing service of ChemOrbis. These availability constraints appear to have enticed higher prices and more purchasing activities in the local market while the domestic producer Petkim’s consecutive price hikes on its list prices have also played a role in the reinforcement of this firming sentiment.

The reason behind the limited availability is the fact that many distributors and buyers refrained from replenishing stocks owing to poor demand and their earlier expectations about further decreases. In mid-November, Petkim pioneered price hikes with PVC, arguing that they don’t feel any stock pressure any more. The slight gains in the import prices for European and US origins have also helped the sentiment revive in the local market. Petkim hiked its list prices twice in the following weeks, pushing PVC higher by $45/ton in total since November 12. In the same timeframe, the distribution market has gained $45/ton on average, according to ChemOrbis Price Index.

A packaging manufacturer commented, “It is so difficult to find prompt PVC cargoes at reasonable prices these days.” A distributor said, “There is high demand for promptly available materials. We are offering some Central European cargoes with early December deliveries at higher prices. However, we feel that the firming trend may lose steam in the local market once the cargoes on the way arrive.” In the PE market, the news that Petkim would shut one of its LDPE plants for a month starting from November 19 had been initially met with skepticism in the market as players mostly assumed that this was a move to boost the market sentiment at a time when there were widespread expectations about a new downward revision.

Indeed, Petkim’s LDPE maintenance, along with delayed Iranian HDPE cargoes, made players believe that supply was becoming limited with distributors receiving more inquiries especially for HDPE last week, when Petkim announced price hikes of $15/ton. This week, the distribution market is more active, even though overall demand is still not considered so great. Petkim issued its second PE hike of $20/ton early this week. Limited supplies are reported particularly for LLDPE film and HDPE products while LDPE film is still considered comfortable. The distribution price levels are up by around $50/ton on average in the past few weeks, according to market sources.

A distributor told ChemOrbis, “We finished most of our prompt stocks early this week, but we have material on the way. This recent panic mood is stemming from the reduced stocks, although it shouldn’t normally be this active as the year end approaches.” A very similar situation is in place in the local PP market. The activity has revived since last week due to reduced prompt availability, particularly in the Istanbul area. Petkim’s hike on Nov 21 also helped the local sentiment improve, which has been followed by a new $20/ton hike on Nov 27. The distribution market has moved up by $25/ton on average while a distributor commented, “We prefer to hold onto our stocks as we hope to benefit from higher levels in the near term.”

Growth of pet food market mirrors those in human foods