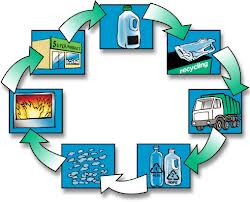 BEIJING : Impacted by the ‘Green Fence’ policy issued by the Chinese administration, the country’s plastic scrap imports have dropped significantly during the first four months of the year.According to the latest statistics released by the Chinese General Administration of Customs, the total imports of plastic waste by the country during the initial four months of the year totaled 2.4 million metric tons, falling by 5.5%.

The Chinese authorities are reported to have begun a crackdown on imports of secondary materials that does not meet set standards. Materials such as paper and plastics have come under increased inspections. The Chinese administration intends to prevent dumping of contaminated waste in the country.The new policy is said to have forced the local industry to upgrade to higher, cleaner standards. Also, exports of plastic scrap that meet Chinese standards are not affected, as per sources.

The 10-month long “Green Fence” initiative by Chinese Government kicked off in February to prevent the importation of solid waste-contaminated shipments. According to Chinese government officials, the ‘Green Fence’ program may continue until October or November. The recycling industry has welcomed the government efforts, though concerned about long delays clearing materials at ports.