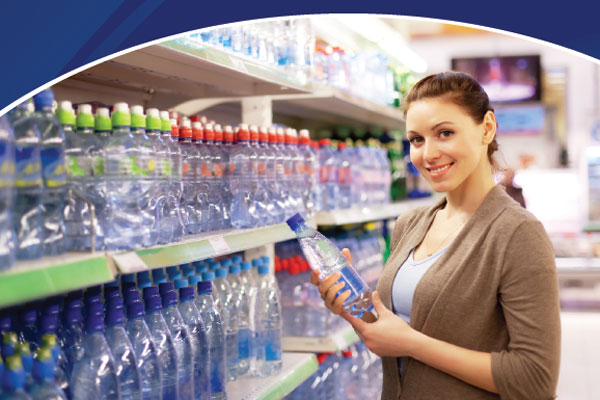 A new report, commissioned by the British Plastics Federation’s Recycling Group (BPFRG) in response to a request from the Advisory Committee on Packaging (ACP) to corroborate recycling rates, has analysed the National Packaging Waste Database (NPDW) returns and concluded that the quantity of Plastics Packaging Placed on the Market currently calculated to be 2.5MT is over – stated by 300-400KT per annum.

The report, produced by Phil Conran of 360 Environmental Ltd, indicates that Defra’s current assumption of a 2.5% growth rate for plastic packaging placed on the market is over optimistic.NPWD data has shown an overall flat position in the period 2006 to 2012 when the figures showed a significant decline.

The consequence of this is that for the last few years the UK plastics packaging chain has been performing better in its recycling achievement than has been reported to Europe. The mistaken assumptions on which business targets are calculated can lead to unnecessarily high costs and with the EU considering higher recycling targets later in the decade could put the UK at a further disadvantage to other Member States.

Roger Baynham , Chairman of the BPF’s Recycling Group , said: ‘It is disappointing that the UK’s plastic recycling performance has been understated . It is crucial that the actual baseline from which targets are calculated are accurate so that compliance costs are not exaggerated.’

This viewpoint was endorsed by Bruce Margetts, Chairman of the BPF’s Packaging Group who said: ‘We need legislation based on facts and this report provides independent and authoritative validation of factors we are fully aware of in our own businesses. There has been a slowdown in consumer expenditure on packed goods and that through the Corporate Social Responsibility programmes we are responding to there has been significant progress made in the light weighting of packaging’.

Author plasticsinfomart 71
Plastic bags are the genital warts of litter — they’re incredibly widespread, nearly impossible to get rid of, and can lead to much worse...
Read More
Category Menu Product News

Pepsi to manufacture its own plastics bottles at Latham, NY facility