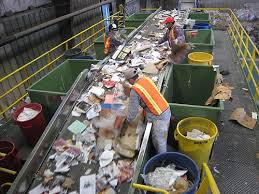 SHANGHAI : According to BIR Plastics Committee forecast, the demand for world recovered plastic would triple in the next seven years.

According to China Scrap Plastic Association, the country’s green fence import initiative has made life more difficult for those who rely in plastics scrap in China. The implementation of stricter import regulations by China has reduced the export volumes of plastics materials from the European countries especially Netherlands and Germany. It has also resulted in scrap plastic oversupply in the US, leading to drop in prices. Meanwhile, the Indian market is witnessing a reasonable demand, the convention observed.

The 2013 BIR World Recycling Convention & Exposition was held at the Pudong Shangri-La Hotel in Shanghai May 27-29.