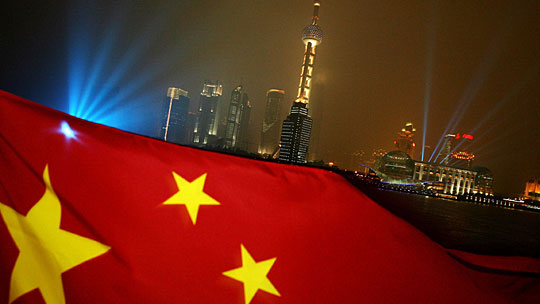 China remains the most important market worldwide for German companies, according to the “German Business Confidence Survey 2012” by the Delegations of German Industry and Commerce (AHK) Greater China.

German firms expect higher sales and profits so they are inclining to make more investments in the country, despite the indications that Chinese competition is significantly increasing, the report says.

AHK Greater China conducted the survey with more than 300 German member companies from May 14 to June 8. Nearly half of the companies acknowledged that China is one of their three major markets around the world, with nearly two thirds of the companies said so in the automotive and mechanical engineering industries.

The sales potential in China and the proximity to residential customers remains the key factor for a market presence, according to AHK Greater China. In addition, the country is gaining importance as a cornerstone for business strategies in Asia. However, the Chinese competition continues to increase with more than 10% compared to last year and now three out of four companies face Chinese competition.

Finding qualified staff and increasing salary costs are still the biggest challenges for German companies which are active in China, the report notes. About 5% more companies than last year see bureaucracy as a challenge in China. On the other hand, currency risks have been minimized due to the strong focus on China as a market as well as increasing domestic added value.

After a difficult year in 2011, the companies are now slightly more optimistic towards the development of energy and raw material prices. The protection of IPR ranks at place 13 in the list of challenges but at the same time companies sense increasing protectionism in the Chinese market, more than 20% increase compared to 2007.

Around half of the German companies foresee the economic environment in China remaining static in the near future. All in all, the positive expectations in regards to the business development in 2012 predominate. Over 70% respondents anticipate that they will meet their targets in the Chinese market this year. The majority of the companies expect their business volume to continue to rise and their profitability to improve beyond 2012. Investments will also increase in the upcoming year as big companies in particular plan to further strongly invest in China.

Concerning the segmentation of the selling markets, German companies are focusing in Yangtze and the Pearl River Deltas, however, the selling markets of Central and Western China are expected to be more promising. Besides, AHK Greater China reported that 69% of the customers come from the private sector, where Chinese companies, joint ventures and wholly foreign owned enterprises are included. 72% German companies sell their products in the Chinese local market.

In order to stay close to the customer and to protect their own know-how and expertise, big companies are focusing on direct distribution now. For long-term success, 79% surveyed companies said improving their distribution efficiency as essential. Only 5% are satisfied with the current situation.