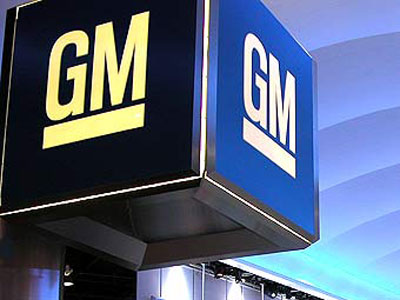 NEW YORK: General Motors (GM) recently announced that it is ramping up its waste diversion goals and now generates $1 billion a year from the reuse and recycling of byproducts the company generates at its manufacturing plants.

With the massive impact a company such as GM has because of the size and scope of its operations as well as supply chain, the company’s recent achievements and future goals are an important step for other automakers to emulate. After all, while automobiles are among the United States’ most recycled products, with as much as 75 percent of their content reprocessed and reused, more improvements during the manufacturing phase could benefit more businesses, and of course, the environment.

Considering all the plastic and other materials that end up in the interiors of cars, improvement on this front would help a revitalized industry become even more efficient. Currently, GM recycles about 90 percent of its manufacturing waste. At the moment 102 of the company’s facilities are zero-waste; GM has a goal to increase that amount to 125 globally by 2020. The results have been a bevy of creative programs, from Gulf of Mexico oil boom that GM and a supplier churned into car parts to winter coats manufactured out of a sound-absorption material.

So how does a stodgy Rust Belt company eliminate waste throughout its business? Well, in a chat with some of GM’s crew focused on sustainability initiatives, I learned that a stodgy approach in a world where resources are spiking in price is no longer tenable. GM follows a nine-point approach from which any company in any industry can follow to slash waste, improve efficiency and boost revenues. First, an enterprise-wide system that tracks waste is crucial so that the company can track all of the materials the company generates, repurposes and eventually disposes or recycles.

For GM, and in fact any other company, its management team and employees have to agree on what the proper definition of “zero-waste” actually is. In GM’s case, zero-waste means dealing with materials and byproducts that are the result of the company’s daily operations. One-off events such as a remodeling or demolition projects, however, are not part of GM’s zero-waste equation.

GM then embarks on a nine-point prioritization process that determines the best way to deal with waste the company creates at its factories. First, the company seeks to eliminate or reduce the amount of unnecessary byproducts. Onsite reuse and recycling take precedence over the same activities that would occur outside the company’s operations. Incineration is the last resort–in fact, 97 percent of the company’s waste due to daily operations is reused or recycled. Less that three percent of GM’s waste converts to energy because of the cost of such systems.

Engagement is also an important lynchpin in GM’s recycling and zero-waste programs. The company encourages employees to offer ideas, and GM also nurtures relationships with suppliers that take zero-waste seriously. Meanwhile the company works with various government agencies around the world because landfill-free policies that work in one region may fail in another because of variances in the local regulatory environment. GM then rounds out its achievements by sharing best practices with other companies in order to share successes and learn other approaches outside of the company’s industry.

The end game is reduced costs and increased revenues for GM. When the company started its landfill-free initiatives, the cost was about $10 for every ton of waste GM eliminated. Now those programs’ price is 92 percent less and total waste has fallen by over 60 percent. But that nine-figure cost savings is what sells waste reduction and sustainability at GM: saving $1 billion a year by rooting out waste is no small change, even for a company of General Motor’s reach.