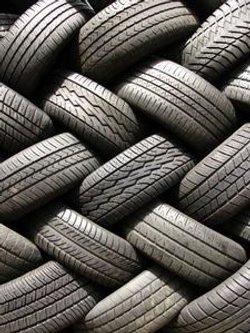 The report states that demand for synthetic rubbers (polybutadiene and styrene butadiene rubber (SBR)) has been damaged due to falling car manufacturing levels, but, as Asian economies such as China and India regain momentum, the need for synthetic rubber will return. Asia Pacific’s demand for butadiene is expected to climb from 5,396 thousand tons in 2011 to 8,411 thousand tons in 2020, growing at a Compound Annual Growth Rate (CAGR) of 5.1%.

China maintains the greatest butadiene demand in the region, representing 39% of the total amount, a figure predicted to climb higher still to 46% by the end of the decade. However, GBI Research expects acrylonitrile butadiene styrene (ABS) to become the number one end-use portion in the Chinese butadiene industry, overtaking the polybutadiene and SBR segments in 2014. In terms of demand, ABS is predicted to be the country’s fastest growing butadiene segment, thanks to the household appliances, electronic and automotive sectors, all of which are expected to exhibit impressive growth in the lead-up to 2020.

Asia has the highest butadiene demand in the world due to industrial expansion and a strong emphasis on manufacturing. Butadiene production in Asia Pacific stood at 5,594 thousand tons in 2011 and is forecast to climb at a CAGR of 4.4%, reaching 7,946 thousand tons in 2020, notes GBI Research.

Author plasticsinfomart 19
A bill has moved forward from South Bay Assemblywoman Betsy Butler that would ban the chemical bisphenol A – or BPA – from use...
Read More

Author plasticsinfomart 15
A partly bio-sourced PET bottle is being introduced by Coca-Cola in a long term plan to use bottles that are 100 per cent recyclable...
Read More