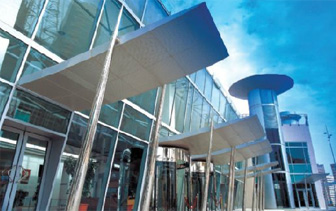 Print Pack Arabia aims to take advantage of the fast-growing market, bringing an international crowd to the exhibition and conference alongside the second edition ofPlastivision Arabia on 7-10 April.

“We certainly want to make a big impact with the inaugural Print Pack Arabia,” said Saif Mohammed Al Midfa, director general of Expo Centre Sharjah. “We have joined hands with the leaders in this field – IPAMA, which organises Print Pack India, the fourth largest exhibition of its kind in the world and the biggest in India.”

IPAMA claims more than 350 members in the association, representing around 80 per cent of the Indian printing industry. The 11th edition of Printpack India attracted more than 350 exhibitors and over 60,000 visitors in February 2013.The inaugural Print Pack Arabia will also be organised by the Printing Equipment Industries Association of China (PEIAC), organiser of China Print.

Standards for pigments in food grade plastics to be revised

Reifenhäuser enlightens CHINAPLAS with “Extruder of the Future